Keeping in mind the interests and welfare of Kukis in Assam KLO/KLA declare a unilateral ceasefire with the State Govt, Central Govt and security forces in area of operations ie Kuki regions of Assam(East Karbi.West Karbi, Barak valley, Cachar and NC hills),this was stated by K.Thangew, President. KLO/KLA today in a press meet held at Somgpijang near Haflong

Keeping the welfare of the Kuki community in general in mind, they joined hands with KLA/KLO in Manipur in 2005, but seeing their inability to know the ground realities of Kukis in Assam and their lack of will to act to protect the welfare and interests of Kukis in Assam and their mistreatment of the Kukis of Assam they have declared their organization as a separate entity with no links with KLA/KLO (Manipur) in our press release issued on 28 Oct 2011. KLA/KLO (Manipur) headed by one Mr L Jacob has no moral rights here and we KLA/KLO (Assam), the Kuki sons of soil are the true and the only representatives of Kuki communities in Assam.

They further condemn IPF supported militant activities and organizations like HTF in misleading Kuki and other communities and they further warn them to stay away from the Kuki community . They support the ongoing peace process initiated by the Govt and other group here and they extend their full support to the peace process. The path of HTF in using violent tactics is beyond reproach. their heart goes out to the victims of recent spate of violence o-n the behest of HTF and their supporting organization’s conduct is unacceptable to them and they further assure neither their supports such activities nor any member of the Kuki community was involved in such barbaric activities and will not be involved in future also.

Further they disclosed they shall be approaching the Govt for a formal dialogue once the ceasefire is firmly in place. 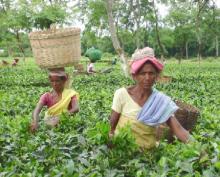 22 Nov 2007 - 3:20am | Rituparna Goswami Pande
Assam tea has reached new heights with the recent conferring of Geographical Indications label ,GI status to the Orthodox Assam tea. Orthodox tea is the second Assam product to bag the GI label after...

Symposium on hazards of electronic gadgets