During the British rule the Jorhat central jail was established in 1911. Preparation is going on to celebrate the completion of 100 years of this historic jail. The opening programme will be start from August 9 and concluded on December.

In a conversation with the media, on January 24, Akon Bora, minister of Jails disclosed that, in association with this celebration its cells and the scaffold of the jail will be preserved and develop as museum for tourist attraction. The cell in which Pitambor Deva Goswami confined will be rebuilt and specially preserved. He also said that the process is going on transfer the jail to a new place.

23 Apr 2011 - 3:55am | A Chakraborty
On the night of April 21, the Dhubri police seized more then twelve quintals of contraband ganja from a mini truck (bearing number plate AS-19C/3012) from a parking place of Chagolia Entry Gate... 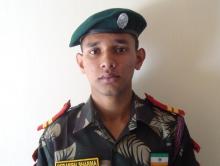