Love not for loss: SC shows the way

If love is true to its sense, can justice be far behind? This is what the Supreme Court has proved in yet another landmark judgment recently.

For Haramohan Barman and Phuleswari from Assam’s Kokrajhar district everything went hunky dory. Phuleswari conceived at the height of love they have been making before getting married to Haramohan. And that too was not a problem for the couple.

But both of them had to swim in troubled waters as soon as Haramohan thought of forcible abortion to avoid any stigma.

A beleagured Phuleswari knocked at the doors of Gauhati High Court and the verdict went in her favour. It ordered a six year long jail for Haramohan .
A stunned Haramohan approached the Supreme Court to challenge the High Court order.

But good sense prevailed at last. Haramohan married Phuleswari. And also Phuleswari sought to withdraw the case. But the court found it difficult to do it Haramohan being convicted under the Indian Penal Code.

But in view of the nuptial tie the couple from Kokrajhar had, the court acquitted Haramohan to show the way to happiness. 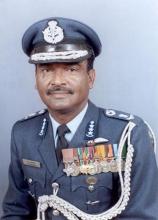 31 May 2008 - 8:14pm | editor
The Gujjar row is gradually spreading to the north eastern region with the embattled community getting ready to launch a Rajasthan like an agitation in a day or two.Talking to a news agency on...

Sea of humanity in Barpeta

5 Mar 2015 - 12:42pm | AT News
Barpeta breaks into a sea of humanity after the holi, the festival got underway on Thursday with prayers and bursting of fire crackers early in the morning.People from far flung areas thronged in...
Follow @Assam Times