The National Union of Journalists (India) and Journalists Association of Assam trongly condemned the police brutality on mediapersons covering the public protest against rape incident in national capital Delhi and also the death of a photographer in police firing who was covering a protest in Imphal on Sunday.

In a joint statement, issued here today NUJ(I) secretary general Ras Bihari and Journalists Association of Assam (JAA) general secretary Bhupen Goswami termed the police action in Delhi as preplanned and demanded strict action against the policemen and officers responsible for the action. “A high level delegation of the NUJ(I) leaders will shortly meet the Union Home Minister Sushil Kumar Shinde to submit a memorandum and press upon the demand to take strict action against the police officers responsible for misbehaving the mediapersons in Delhi,” said NUJ(I) secretary general Ras Bihari. He also demanded strict action against the policemen responsible for the killing of young photographer Nanao Singh, who was covering a public protest against molesting a film actress by a Naga terrorist in Imphal. The NUJ(I) demanded suitable compensation to the family members of Nanao Singh.

Journalists Association of Assam (JAA) general secretary Bhupen Goswami said the police action in Delhi was aimed at stopping the mediapersons covering the public protest. “Instead of acting efficiently and booking the culprits, the police officers stopped the media to cover the protest so that their inefficiency is not shown worldwide,” he added. 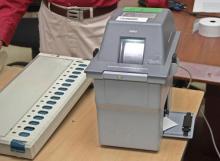 26 Feb 2018 - 10:55am | AT News
MARCUS KANYAK KOHIMA: A mammoth security arrangement is in place in Nagaland as the north eastern state is going to the assembly polls on Tuesday. Polling officials, mostly, have reached their...

20 Dec 2013 - 8:53am | AT News
Normal life stands totally paralyzed on Friday following a 12 hour statewide bandh in protest against the Indo-B'desh boundary ratification bill tabled in the Rajya Sabha on Wednesday...