Tonhi: A Film on Black Magic

In spite of many progresses in science and technology one could find black magic in some part of our society. 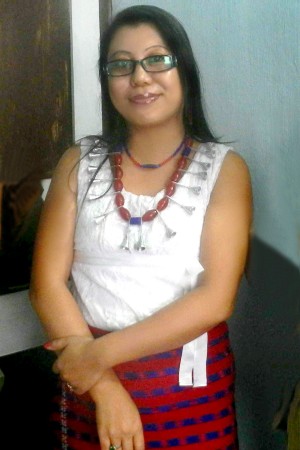 Rebecca ChangkijaIn Assam, we have seen how woman are being killed in the name of witch hunting. There are similar things happening in some part of the country too. It is important that the issue must get focus so that remedies could be found and live of innocent people can be saved. This time a film titled "The Dark Secrets of Tonhi", which deals with murder of women on the pretext of being a 'Tonhi' (black magic woman), is set to release in India on 18 April.

The country has witnessed several protests against crime on women and this issue might be in rise after the release of the movie. "The Dark Secrets of Tonhi" is a realistic film based on superstitious beliefs of some village people in Chhattisgarh state. The state government has banned the practice of Tonhi to stop violence against women, but instances of murder still take place.

There are two nude scenes but makers of the movie are confident that censor board would have no objection to them as actress covered the body part with necklace in the scene. "We would like the censor board to pass the scenes as it is, since the script of the movie demands it. When they (censor board) cleared such scenes in movies like "Fire" and "Bandit Queen", there is no reason to censor the scenes in "The Dark Secrets of Tonhi", which is based on real life incident," said producer Rebecca Changkija who is originally from Nagaland. The movie is directed by Shiraz Henry and produced by Rebecca Changkija and Ajay Najat under Find Studioz banner. The film features Natasha Sikka, J.Brandon Hill, Alex Peters, Smita Siah and Priyanka Joshi in the lead roles. It is scheduled for release across India on 18 April.

10 May 2012 - 1:23am | editor
Singapore evinces its keen interest to strengthen business presence in the North East with hospitality and tourism as the major potential areas of cooperation. Talking to the region’s industry...

Erosion Threat to the people of Namti

12 Oct 2014 - 10:57am | AT News
Social worker and journalist Nazira Syed Khairul Hassan won the best youth organiser award of Sivasagar district for the year 2014 sponsored by the Nehru Youva Kendra under the ministry of youth...