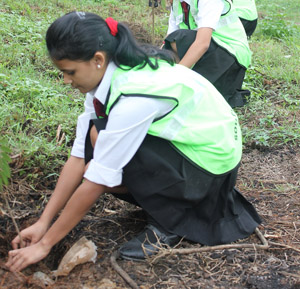 Under the first phase of project “GO GREEN”, SMCAssam acquired around 100 tree saplings from the office of the DFO, Social Forestry, Basistha to plant on the occasion of Earth Day. The Tree Plantation drive  was also witnessed by V.S Sharma, Project Coordinator, Regional Science Center, Khanapara.

With the changing climate and global warming, we all need to be responsible towards the protection of our environment. With this motto in mind, SMCAssam along with Centre for Rural Develeopment (Rickshaw Bank) and Green Shield is doing the project “GO GREEN” covering Earth Day and World Environment Day on June .5

14 Mar 2014 - 3:03pm | AT News
President Pranab Mukherjee and the Election Commission on Friday issued notification for the first phase of Lok Sabha polls slated for April 7.The president issued the notification calling upon the...

25 Jun 2011 - 11:38pm | Ritupallab Saikia
Normal life has been affected today in Golaghat following a 12-hour Assam Bandh called by Krishak Mukti Sangram Samity. The whole of Golaghat Town were a deserted look during the Bandh. There has...

17 Mar 2013 - 12:31pm | AT News
Amid conflict between Chief Minister Tarun Gogoi and health minister Dr Himanta Biswa Sarma, the former refused to bring a legislation in the Assam assembly to ban Gutkha.According to Gogoi, it would...