The United Liberation Front of Asom has strongly criticized Sankadev Award for Sharmila Tagore a day after the film personality received the coveted award from president Pranab Mukherjee.

In an e-mail statement, the banned insurgent outfit alleged that Tagore has hardly any contribution to Assamese language literature. According to ULFA, it has belittled the saint. ULFA further asked Chief Minister Tarun Gogoi to explain the reasons for selecting Tagore’s name and to made the names of the panel members public. 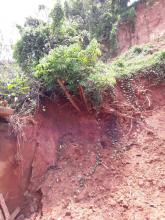 26 Nov 2017 - 6:22pm | AT News
GOLAGHAT:Finally, it has been proved beyond doubt that Nagaland has set up a subdivision on the soil of Assam much to a major embarresment for the BJP-led government. An AGP-BJP joint delegation...

Indo-Bangla border fencng, infiltration to come up in BSF-BDR meeting

8 Apr 2008 - 6:04pm | editor
The crucial BSF-BDR meeting begins in New elhi on Tuesday to discuss a number of problems confrnting India and its neighbouring Bangladesh. According to information, infiltration from across the...

21 Sep 2015 - 8:40am | CM Paul
The applications of ARDUINO and RASPBERRY PI – open-source prototyping platform based on easy-to-use hardware and software came up for a livelier discussion at a recent workshop in Guwahati. ...
Follow @Assam Times