Cancer in the air

The above line screamed out of the newspaper front page along with the obvious headline of the Daily Telegraph (dated 18th Oct) coupled with an alarming graphic showing a huge rise in the number of cancer occurrences in Assam. Being a citizen of the state my attention was immediately drawn to the distressing news as I knew in some way or the other the graphics depicted would come to my doorsteps some day and haunt me. I knew the news item was laid out for me and every other citizen of this state. Once a lush green tropical heaven, how did this state come to be a heaven for cancer?

Being in the field of waste management I have come across a wide range of infections and their causative agents with cancer being one of them. A word kept popping up in my head every time I thought of the News item. The word was Dioxin (diagram enclosed). Feared as one of the most common and causative agents of cancer, Dioxin has been instrumental in spreading cancer ever since its discovery. According to sources, Dioxin is a general name given for a large group of chemical compounds with similar structure.These compounds are mostly made up of Carbon, Oxygen, Hydrogen and Chlorine atoms. The way of arrangement of the elements in the structure of the Dioxin determines its toxicity. The most toxic Dioxin has 4 chlorine atoms in 2, 3, 7 and 8th positions and is referred to as TCDD. The TCDD is the most studied and the most toxic Dioxin.

What then are the possible sources of Dioxin? This question becomes more important in the light of the present circumstances as the knowledge of the source would help us to draw a line to control the upsurge of the Dioxin and also provide us with a clear line of sight as to in what way we could approach to devise a control methodology for it. Looking at the sources and how they are produced we could sum up a few sources:

My attention was drawn to a research article published by Imran Ali, Waseem A Wani and Kishwar Saleem (Department of Chemistry, Jamia Millia Islamia Central University) in the year 2011. According to their study, 90% cancers were owing to the environmental pollutants and believed to be due to illeffects of the polluted environment. The risk of lung cancers is increased by a number of outdoor pollutants such as poly aromatic hydrocarbons. Long term exposure to Polyaromatic Hydrocarbons was found to increase the risk of deaths associated with Lung Cancer. Indoor pollutants like organic compounds and pesticides increased the risk of leukemia and lymphoma. Risk of cancer was also noticed in people using chlorinated water. High level of air pollution was seen as a major cause of lung cancer.

Now that we know the vast potential of Dioxin to wreak havoc, the most important question to ask is how I could come in contact with dioxin. The answer to that question is rather exhaustive.

That brings us to the question that since Dioxin is everywhere, what we can do to save ourselves from it. Should we stop breathing or drinking water or eating animal fats? The answer to that question would be the only way to save ourselves from this menace would be to limit its release into the environment. That again takes us to the source of its release in the environment. Burning of municipal Waste, Hospital waste, Backyard Burnings and Automobile emissions continue to contribute to the release of Dioxin into the environment. We can start off by limiting the burning of our Municipal and Hospital Wastes. I have for the years gone by always spoken in favor of non-burning technology in the various hospitals and municipal waste disposal units. Sighting deep burial as a much better option, I have often come under some serious flack. The reason that I pertain to it would be that Incineration is an easier and easily manageable way of disposal of waste.

But in doing so we forgot the long standing effects of the release of Dioxin in the environment. But now with the fearsome figures of the cancer affected in our hands we cannot turn a blind eye to the same. Taking Assam’s figures into consideration, we arrive at the following conclusions:

The only solace can be derived from the fact that Punjab has a much higher rate of cancer standing at 107.4 per lakh which is much higher than the national average. 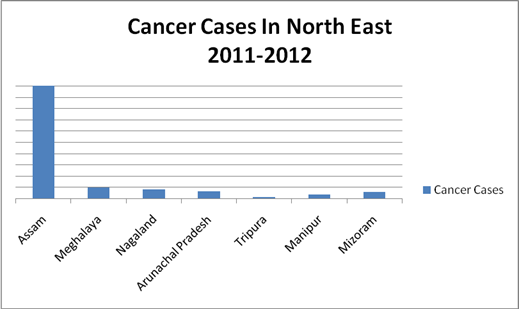 Referring to the Ecologist Asia, April-June 2003 issue, Waste to Energy projects were initially touted as the solution to the India’s waste management and electricity problems and a huge amount of money was invested in it. However Energy Development Limited’s project in Delhi’s Gazipur gasification was shelved following pollution-related objections. The issues that were rising were the fact that gasification of waste would lead to release of Dioxin in the environment. Gasification is an incineration process that emits dioxins, the most poisonous cancer-causing toxin known in the world. Incineration transfers the hazardous characteristics of the waste from solid form to air, water and ash. It also releases new toxins which were not present in the original waste stream, besides generating heavy metals. However, here in Assam, we have a private party freely disposing off biomedical waste in a tropically rich place near Guwahati called Rani. How can a technology which has been found polluting in Delhi and subsequently in Chennai in 2003 become nonpolluting here in Assam? In Delhi and Chennai strict and quick measures were taken to halt any such project related to burning of wastes and subsequently tried to shift over to non-burning technology.

In this continuation I would like to highlight, the recent amendments in the Biomedical Waste Management rules recommending deep burial over Burning technologies like Incineration and random installation of small units of Incinerators in and around Human establishments.

There was a huge hue and cry about Waste Incineration as renewable energy. Using the term Renewable to describe these technologies is dishonest and highly misleading as incineration actually destroys waste resources, turning them into toxic ash and air emission. Thus waste which cannot be reused, recycled, or composted cleanly, ought to be landfilled rather than incinerated. This will help in lesser release of dioxin in the environment. 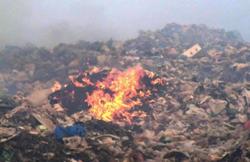 In its study of the Perungudi dumpsite in Chennai, Environment Resources Management, London, has clearly certified the garbage as most suitable for composting rather than for burn-based technologies. This will be true for most if not all dumpsites of India and is in fact the sanest waste management option.

People’s participation alone will not suffice. Strict legislation has to be passed and implemented with vigor in order to curb out the burning technologies. Educating individuals about its ill effect will suffice to stem down the burning up to a level, but to curb it out completely, Legislations and laws are our only hope.

Waste Management in the state has to be looked at from two prospective of that of Biomedical Waste and Municipal Waste. Non burning technology has to be adopted for both the prospective and alternate solutions have to be devised to look into the disposal of the said waste. Speaking of alternatives, landfills have been over the years sighted as one of the most relevant and viable alternatives to stop the spread of the Dioxin into the environment. For Biomedical Waste, segregation at the point of generation of the waste plays a key role in reducing the amount of infectious waste. Improper segregation will only lead to conversion of the overall hospital waste (both infectious and non-infectious) into infectious waste.

Our city has also seen the rise of door to door collection of Municipal waste over the last two years. The segregation of Municipal waste at the home-level would further help to properly classify waste which is of extreme nature. Thus bio-degradable wastes like food leftovers, table scraps etc. could be put in a specific colored container while non-degradable and infected wastes could go into another colored container. A two color system would not be difficult for the house holds to follow.

Thus to conclude, the responsibility that us Guwahatians have towards our own ecosphere would make us shy away from the path of burning technologies. We must and have to promote non burning technologies for our waste management needs if we are to have a piece of healthy earth to survive in. Being responsible citizen of this state it is our earnest responsibility to educate each other about the harms of Waste incineration in any form. We have to understand that burning the waste doesn’t destroy its cancer causing ability but propagates it by the means of ash and gives it a far more and extensive reach. Apart from Dioxin, we have multiple other sources of Cancer like Tobacco, radiation, ill food habits etc. but Dioxin by far is the most threatening and dangerous simply owing to the magnitude of its reach and its toxicity. Thus its removal from our environment is of utmost importance. A person can stop consuming tobacco at his will but you cannot stop the spread of Dioxin by a third individual who may be doing it knowingly or unknowingly. Hence our duty to spread awareness and introduce strict legislations is mandatory.

I urge anyone reading this article to rise up against this extremely toxic substance and do whatever is in your reach to stop its spread. The best gift that we can give toour successors is a clean and green piece of earth. Let’s all work together towards achieving the same. 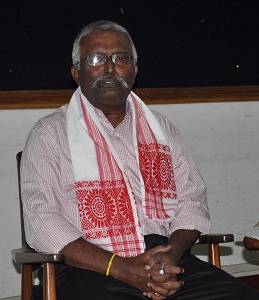 (This paper was presented by Aashim K Chatterjee at Guwahati Press Club on October 30, 2013)

No involvement of Ex-BLT: Hagrama

30 Aug 2017 - 10:28pm | AT Kokrajhar Bureau
BTC chief Hagrama Mohilary is well prepared to quit the office if one proves the involvement of former BLT rebels in the assassination of Lafikul Islsm Ahmed. Talking to reporters in Kokrakhar ...

9 Oct 2015 - 10:12pm | AT News Itanagar
The Arunachal Pradesh government has struck a deal with Numaligarh Refinery Limited on Friday for sourcing bio-ethanol from available non-food bio-mass feedstock bamboo in the north eastern state....

1 May 2012 - 3:24am | editor
The entire country stands bereaved when over 150 people were feard to have met watery grave on the river Brahmaputra in Dhubri on Monday. Prime minister Dr Manmohan Singh called up chief minister...