An MP from Bihar has reached the Supreme Court seeking probe into the alleged link of Assam’s health minister Dr Himanta Biswa Sarma with ULFA.

In a PIL, the minister named Sukhdeo Paswan further alleges Dr Sarma’s involvement in the ULFA’s attack on the Biharis.

He alleged that several criminal cases with a TADA case was pending against him which is why is using his political influence get ride of the laws.

Another serious charge against Mr Sarma, according to Mr Paswan, is an extortion case of over Rs 90 lakh on behalf of ULFA. He said this is why he was allegedly booked under the TADA on January 12, 1991 at the Pan Bazar Police Station.

Filed by counsel C D Singh on behalf of Mr Paswan, the petition has also alleged another extortion but he was minister was caught “red-handed” while collecting Rs 10 lakh as extortion money from several persons for which he was booked again under TADA on March 28, 1991 at the Chandmari Police Station.

Moreover, the MP alleged that on a petition from the Assam minister a single judge of the Gauhati High Court stayed the criminal proceedings reportedly without giving an opportunity to the prosecution to present its view.

Permalink Submitted by Pallavi Barua on Wed, 25/06/2008 - 22:51
Indeed, we hardly think of screening cancer cases among villagers.... they die a painful death.

One dies of electrocution

20 Sep 2017 - 1:14pm | Shajid Khan
The electricity negligence has taken thr life of yet another person triggering anger and protest across the state on Tuesday. The incident took place at Samokuchi village in Tangla where the victim...

26 Apr 2018 - 7:51am | Mithun Baruah
MARGHERITA: Margherita AASU unit submitted a memorandum to Margherita SDO(civil) expressing grave concern over the steep rise in the  rape incidents  in the  sub division.  AASU... 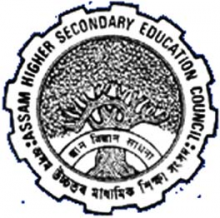