Akhil Gogoi on Tuesday got yet another relief when a lower court in Guwahati granted him interim bail on a fresh case registered against him in Panbazar police station.

Panbazar DSP Ponjit Duarah registered the case against Gogoi charging him with disrupting their duties recently in Panbazar area.

9 Apr 2014 - 3:01pm | AT News
Braving incessant rain that lashed Barak valley, Congress vice president Rahul Gandhi held a huge poll rally in Udarband on Wednesday.Gandhi landed at the Kumbhirgram Airport in Silchar at 11 in the...

Over 70% turnout in Nazira

5 Apr 2011 - 1:31am | SK Hasan
Amid tight security, over 70% turnout in Nazira constituency in the 1st phase of Assam Assembly poll on to decide the fate of 7 candidates. There is no any report of untoward incedints. In some... 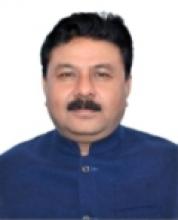