Assam Police and CRPF jawans apprehended a person and recovered huge arms and ammunitions on Sunday evening at Chapaguri in Chirang district. Security forces intercepted a Maruti WagonR with one M16 Rifle, silencer, one .303 rifle and 140 round ammunitions. Police arrested one Rajkumar Prasad, hailing from Dimapur. The arms and ammunitions suspected for NDFB(S), police said. 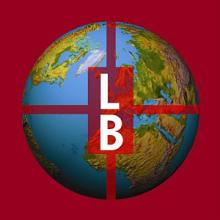 23 Aug 2015 - 6:05pm | AT News
Why Dr Himanta Biswa Sarma is in a haste to join BJP? Political observers are straight in their comments. He is  believed to have unofficially joined BJP in the face of two huge scams that put...

21 Oct 2014 - 7:35pm | Hantigiri Narzary
Security forces claimed to have killed an arms smuggler at an encounter in Kokrajhar on Tuesday. Another person sustained bullet injury in the shoot out at Kamalachara Patalpuri area in the afternoon...

18 Jan 2013 - 8:54pm | editor
Over 50 people have been injured when an ATSC bus overturned in the outskirt if Guwahati on Friday. The accident took place when the Assam State Transport Corporation owned bus on its way to Guwahati...