The bridge that never completes

Its all about a bridge that has not seen the light for the last 5 years. Much to the major inconvenience for lakhs of commuters, the project to bridge Barpeta with Mandia remains incomplete even during the last five years.

The bridge construction in question started in 2009 to given the transport communication in the entire a fresh lease of life.

Talking to Assam Times, local residents have called it an example of the lackadaisical attitude of the PWD---dedicated to uplift the state’s surface communication sector.

The entire episode has a different story. PWD awarded the contract to Rajib Ahmed whom the Congress fielded in the last assembly polls from Baghbar Constituency.

Ahmed, who was defeated in the Assembly polls left it and allowed the fate of the bridge to hang in balance.

Local residents told Assam Times that if this project is allowed to go on at a snail’s pace, the bridge wont come up even after 20 years. 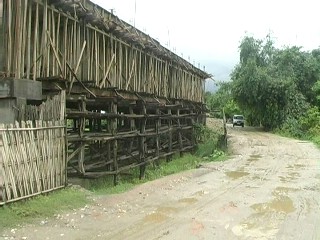