Chief Minister Tarun Gogoi has asked agriculture department to come up with measures to contain the situation. Gogoi on Friday asked for a report on it from Secretary Amlan Barua.

This was followed by agriculture minister Nilamani Sen Deka’s meeting with senior officials of his department took stock of the situation prevailing in the eight districts following scanty rainfall.

Deka directed the officials to take all possible measures to cope with the situation and sought detailed reports from the district Deputy Commissioners and the agriculture officials of the affected districts.

3 Jan 2017 - 11:04am | Syed Miraz Ahmed
Terming the killing of Ratna Narzary, aged 37 of Khunguri village in Chirang district by security forces on December 29, 2016 as a fake encounter, the Kamtapur Liberation Organization (KLO), National...

1 Jun 2008 - 4:17pm | editor
Despite a simmering situation along the Assam-Meghalaya border, Assam health minister Dr Himanta Biswa Sarma has laid the foundation stone a Primary health centre at Langpih, a place in Kamrup... 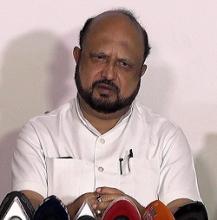 8 Aug 2016 - 12:59pm | AT News
In a bizarre move that leaves the BJP-led government red faced on the floor on Monday, AGP thrashed the Narendra Modi Government at the Centre for the controversial move on the Hindu Bangladeshi...