Waiting for fast track trial Six months have passed since Sarita Toshniwal was killed. But the family members of the PG student of the Assam Medical College have not justice. The prime accused is out on bail. This has forced the victim’s family members demand a fast track trial. According to her family members, lapse in forensic report and CID investigation won’t give them justice. That’s why, they have no other option but to seek a fast track trial. Sarita, the PG student from Sivasagar was killed allegedly by Kiru Mech, the wardboy at the instance of her senior Dipmoni Saikia inside her rest room on May 9. The entire revelations surfaced after police arrested Kiru Mech who spilled the beans to be followed by the arrest of Dpmoni Saikia on May 15. But Saikia procured bail from the Gauhati High Court on August 11 after the CID failed to submit its charge-sheet within the stipulated 90-day period. 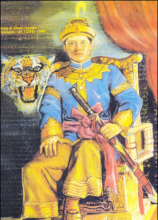 Joy and pledge of Asom Divas

2 Dec 2017 - 9:50am | AT News
GUWAHATI: People of all walks of life are celebrating Asom Diwas on Saturday to mark the Sukapha Day, thr first Ahom king to have ruled the then Assam in 1228 AD. Public meetings, puja offerings,...

31 Mar 2020 - 8:57pm | AT Kokrajhar Bureau
KOKRAJHAR,MAR 31: Chief Minister Sarbananda Sonowal has directed all DC and SPs of the state to take stern measures for searching and extending medical check up those persons who participated in the...

17 Aug 2012 - 5:50pm | pallavibarua
The Bodo community of Assam is the worst sufferer of the policy of illegal migration for rise in the number of voters. This group of people are the most affected by the ‘Vote-Bank’...