Hundreds of students activists from Kokrajhar district unit of AASU carried out a torch light rally in protest against land swap deal on land boundary agreement this evening in Kokrajhar town.

The rally was started from Aasu office near Rajmela ground via RNB road, DC office, Santinagar and concluded at same point.

The students activist shouted slogans against deal and demanded deal should be rethink and cancelling for the greater interest of the state.

The union strongly slammed CM Taunton Gogoi and termed Gogoi has sold Assam land to Bangladesh as he has supported to the deal. 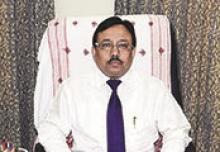 15 Oct 2015 - 4:02pm | AT News
Trouble brews for Rakesh Paul after the Gauhati High Court has ordered CBI probe into the allegations of amassing huge property using his position as the APSC chairman.  Hearing two PILs on...

Change in Act to safeguard immigrants!

26 Jun 2016 - 11:53am | AT News
The Centre is believed to have been clearing the decks to grant refugee status to the Hindu Bangladeshi immigrants. According to highly placed sources the home ministry is finetuning some changes in...