Anandita, Nitul top HS science, Mukul and Nikita did it in arts, commerce

Anandita Bora of Dibrugarh Salt Brook Academy and Nitul Khataniar of Cotton College have jointly toppped the Higher Secondary examination in science while the same position in arts and commerce streams have gone respectively to Mukul Haloi from Nalbari and Nikita Jabak in the results announced here on Wednesday.

Results can be checked online at: http://resultsassam.nic.in/ahsec/dispreshsec.asp 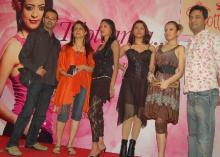 11 May 2008 - 11:26pm | editor
Designers Diapnkar Kashyap, Prashanta Ghosh along with other dignitaries has been seen with the two contestants (3rd and 4th from the left) out of the five contestants from the NE region in the North...

20 Apr 2008 - 4:38pm | editor
Despite repeated denial of the presence of ULFA Chief Paresh Baruah on the soil of Bangladesh, of late, it has once again come to light that the most wanted rebel leader I very much there. This...