The Northeast Frontier Railway has been cancelled all trains in North Cachar hills distict as violence again erupts on Thursday. The crucial decision was taken following a series of attacks on railway stations and its employees for the last few days.

On Thursday, suspected DHD(J) militants killed a goods train driver in between Mupa and Kalachand area under Maibong police station in the hills district in the morning. Investigation is in progress.

On the other hand, the militants set on fire two trucks loaded with cement at Panimur in Umrangsu. Details are awaited. The DHD(J) militants bestly known as Black Widow have not so far claimed the responsibility. Notably, the violence took a break on Wednesday in the North Cachar hills district where 24 people died from Saturday to Tuesday.

14 Mar 2012 - 12:10am | Anup Biswas
Tension is running high in Langting area of Dima Hasao following the recovery of almost decomposed body of Swapan Paul aged 32 in jungle between Langting and Dihakho, who was kidnapped by some... 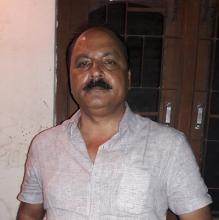 2 Apr 2016 - 11:18pm | Shajid Khan
Trinamool BJP backed Independent candidate for 64 No. Panery LAC Bikon Deka have appealed masses to vote for Change in the constituency. Talking to Assam Times, Deka who was in fray for BJP ticket...

23 Sep 2011 - 2:35am | editor
The Electronic Media Forum Assam has congratulated Marigaon based journalist Dalim Phukan for his selection of the district level Prachar Bharti award 2011. Phukan is reporting for Doordarshan, AIR...