The man who has reasons to smile in the north east chief minister’s conference in Guwahati on Saturday was none but Tarun Gogoi.

Singh said that the carnage was stopped from blowing out of proportion only because of his immediate intervention. He further lauded the role of security forces to deal with these incidents where over 80 people lost their lives. 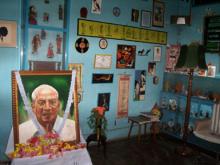 15 Jun 2007 - 5:30am | editor
New Delhi: The Congress High Command sprung a surprise for the Presidential Elections in India scheduled on 19th of July 2007. Ms Pratibha Patil has been nominated by the Ruling UPA- Left combine as...