Assam on Sunday observed the mourning day as a mark of respect for the children who lost their lives in the Dhemaji blast ten years back.

At a brief function at the state secretariat on Sunday, Chief minister Tarun Gogoi along with a few of his cabinet colleagues remembered the children who died in the explosion when participating in the Independence Day march past.

Next Sahitya Sabha session in Dergaon

16 Feb 2009 - 4:37am | editor
The Asom sahitya Sabha will hold its 71st biennial session at Dergaon in 2011 while the annual session will be held in Baithalangsu in Karbi Anglong district. This was decided at a meeting of the new... 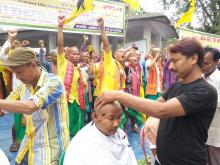 26 Apr 2018 - 10:04pm | AT News
Kokrajhar: Hundreds of activists from All Bodo Students Union(ABSU),National Democratic Front of Boroland-Progressive(NDFBP) and Peoples Joint Action Committee for Boroland Movement(PJACBM) have... 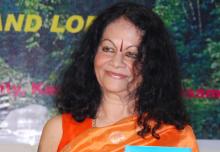