In an act that turned the Raj Bhawan into an undeclared RSS headquarters, Assam Governor PB Acharya took the centre stage of an unprecedented controversy when he gave some political tips to BJP leaders on Tuesday touching off a seismic wave of reaction across the nation.

The bizarre tete-a-tata to be caught on camera took place inside his office when a delegation of BJP leaders called on him to submit a memorandum demanding action against the Congress government.

Then the strange but true incident struck the country’s political spectrum when he suggested a slew of measures for the poll bound party. Much to everybody’s utter surprise, Acharya did not hesitate to call BJP and the workers as “our party” “we” a number of times.

Even the state BJP leaders are caught in a surprise after they came to listen these words from the governor’s mouth as they were quite unprepared to hear these. These include Siddharth Bhattacharya, Bijoya Chakrabarty, Sarbananda Sonowal, Ramen Deka et al. 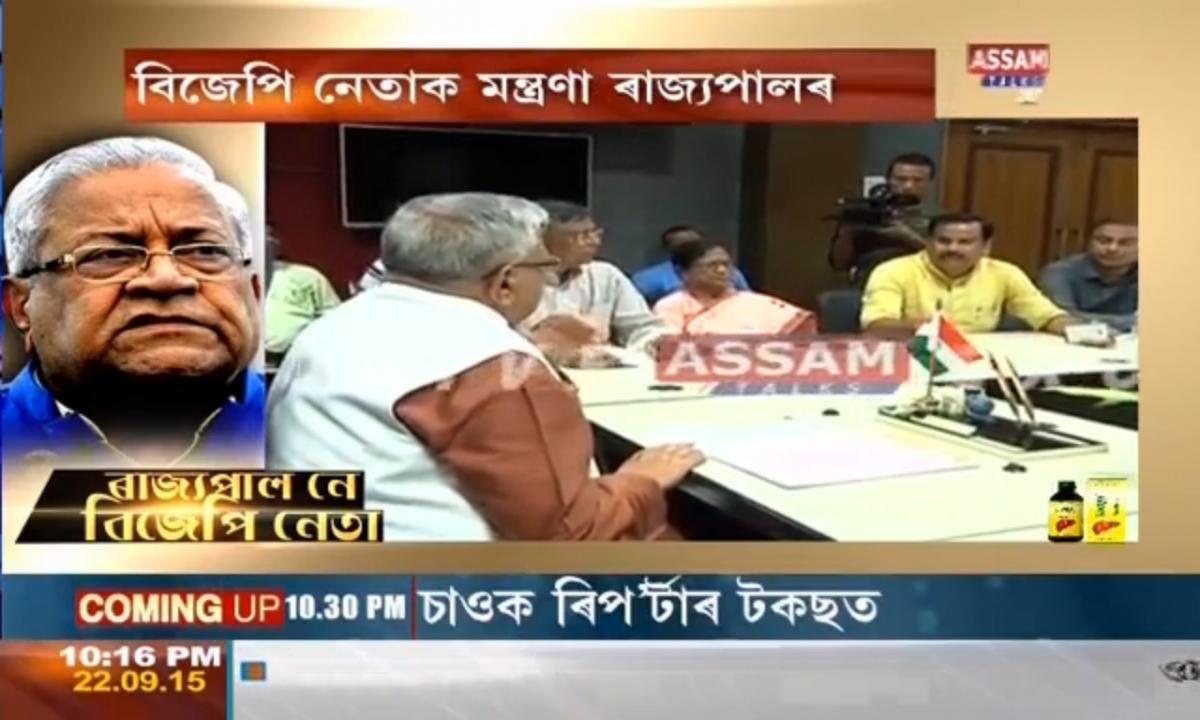 25 Jul 2012 - 9:17pm | editor
Around 1,50,000 people fled their homes at the height of the group clash after it erupted on Friday last. The displaced people, mostly, have taken shelter in government schools and buildings. Over 10...

25 Sep 2012 - 4:23am | editor
Former army chief Gen V K Singh on Monday said that BTAD violence is a fit case for the Armed Forces (Special Powers) Act to be applied. Talking to reporters in the sideline of a function, he said...