The Supreme Court is likely to hear the PIL advocating ban on sale and registration of cars weighing below 1500 kg. The Gauhati High Court which imposed a temporary ban on the basis of the PIL last month recently is believed to have transferred the plea to the apex court which will start hearing this month itself.

Moved by a Guwahati-based lawyer, the petition created no less flutter in the country’s automobile sector much to a major disappointment of Maruti Alto and Hyundai.

The High Court transferred the PIL after it received an application for the road transport ministry with the request where the ministry was itself one of the parties. 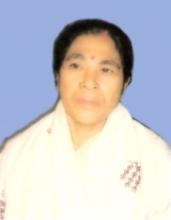 31 Aug 2009 - 10:10am | Juthika Das
Bimala Roychoudhury, Assistant Teacher of No. 3 Dakshin Hati LP school has been selected for the state level teachers' award for this year. This award will be given on the 48th Teachers' Day on Sept...

All out against illegal tax

13 Jul 2015 - 11:12am | Hantigiri Narzary
The People's Coordination for Democratic Rights (PCDR) is going all out against illegal tax collection in BTAD areas.The organization will be on a 36 hour strike on Tuesday alleging illegal tax near...