Law and Order IGP SN Singh has eyeing firm actions against uses of illegal arms in the state said that all district SPs have been instructed to take stern step and control illegal activities.

Singh has made his maiden visit on Saturday in Kokrajhar, just after a day of unwanted incident occurred that claimed a surrender NDFB in the district.Singh also hold meeting with high police official and army at Circuit House and took stock of the situation in the district.

He has termed the yesterday’s incident in Kokrajhar,was unfortunate and minor incident that held within surrender NDFB camp.The situation in the region was under normal and district police administration has taken stern measures into it,Singh added.

‘Operations against militant outfits in the state has been intensified and and several hardcore cadre as well leaders were killed in the encounter with security forces.The strength of the NDFB(S) has now becoming weak as security forces have been conducting operations’,Singh said. 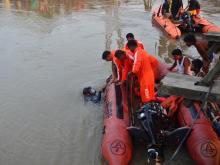 28 Sep 2015 - 8:22pm | AT News
Not even a single body has so far been fished out from the river Kolohi after an overcrowded machine boat met with a mishap in the outskirt of Guwahati on Monday.SDFR personnel deployed in the rescue...

Say no to terrorism

31 Oct 2014 - 10:33am | AT News
SK HASSAN, NAZIRA: Nazira observed anti-terrorism day along with other parts of the country on Thursday. Courtesy Pragati and Freelance Journalist Association of Nazira. On this occasion, members of...

6 Dec 2017 - 6:15pm | Simanta Hazarika
DHALPUR: BJP came to power with the promise of an uninterrupted power supply. The people voted them to power. But the things have refused to change. Thousands of rural areas are still co existing in...