Hagrama Mahillary's utopian dream of Model BTC is still a distant dream in Tangla. The residents of the four wards of Tangla town have been deprived of safe drinking water for the past four years. The town which has two water plants at Chitranagar and Jalukbari under the TTC has been lying inactive since 30 November 2012. The residents have been facing harrowing time. Hand pumps and river water are the only sources left for the people.

There is a pending electricity bill of Rs.40 lakhs payable to ASEB by Tangla Town Committee. The town committee is functioning under BTC administration for the past 12 years. 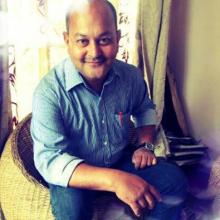 21 Apr 2018 - 3:00pm | AT News
Guwahati: City based senior scribe Simanta Bhagawati, who was associated with The Assam Tribune, passed away this (Saturday 21 April) morning. A popular media columnist and also fond of tennis,...

17 Sep 2016 - 8:35am | AT News
Physicians from north Guwahati based Narayana Super-Specialty Hospital will conduct the next ‘Evening with a Doctor’ program at Guwahati Press Club (GPC) on 24 September 2016. The evening OPD on 17...

29 May 2015 - 11:36am | AT News
An eerie silence is prevails in Sonitpur district a day after tea garden worker beheaded a minor boy in the name of puja offering to the god before being lynched by mob.According to police, the...