Kaziranga Wildlife Society (KWS), an oldest organization of Assam working in the field of conservation of flora and fauna is going to present this years “Life time Conservation Achievement Award” to JFMC Bhairabkunda,where a group of villagers have planted more than fourteen lakhs saplings of valuable species in an area of 5500 bigha land near Assam-Arunachal-Bhutan border at Bhairabkunda since 2005.This has been informed by Mubina Akhtar,Secretary,Kaziranga Wildlife Society. The felicitation ceremony will be held on August 12 at Pensioners Bhawan, Chandmari, Guwahati at 10 am. Last year the award was given to Green Oscar Award winner wildlife film maker Mike Pandey. It has been a story of great success for villagers of six villages who had started something very great in the year 2003 when thirty five numbers of village people formed and registered “Sonaigaon Multipurpose Farm” for cultivation,farming purposes. It had been a historic turn when these people came into contact of Naba Kumar Bordoloi, then Forest Range Officer serving at Bhairabkunda Reserve Forest. Forest officer Bordoloi convinced members of the farm to proceed with plantion of trees under JFMC (Joint Forest Management) scheme. In 2005 process of documentation,survey etc had been done and proposal was submitted to Misistry of Environment and Forest government of India. Plantation was done during 2007 to 2011. It has been a continous procees when people of the six villages, students, woman etc had been planting more than 14 lakhs of saplings till 2012 (which could be a world record).All the saplings had been well protected by the members.Its a matter of pleasure that wild animals like elephants, leopards, mangoos, python, deer, wild boar, various species of snakes etc. A flying snake of paradise species was also seen in the forest last year in 2015. Wild elephants were seen delivering babies in this forest last year bringing a ray of hope in mitigating severe “Man-elephant conflict” in Udalguri district. So far more than 83 people and 35 numbers of wild elephants have lost lives in the district during last five years (2012-2016) because of rapid destruction of forests. The arrival of wild elephants has been a good sign, as they could live peacefully in the forest with plenty of fodder and drinking water. Presently the man made forest has a new name-Gedsimani JFMC Forest. 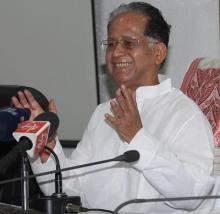 5 May 2015 - 8:20am | AT News
Braving an unstoppable dissidence Assam Congress is gearing up for the assembly polls early next year. Party president Anjan Dutta who is camping in New Delhi for a series of meetings with the party... 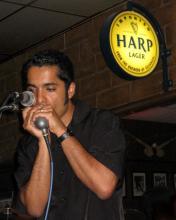 21 Jan 2015 - 8:08pm | AT News
The Assam Government is preparing a land acquisition bill of its own after it rejected the Centre’s move. Talking to reporters in Guwahati on Wednesday, Chief Minister Tarun Gogoi said that his...
Follow @Assam Times