On July 26 the children participated in the workshop staged two plays named “BHOI” and “NO”. Bhoi was based on tales of Panchatantra. It was scripted and directed by Gunakar Deva Goswami. It is to be mention here that the play “BHOI” was staged with help of body language expressed by the artists without using any props. The other play “NO” was scripted by Naren Patgiri and it was directed by Gunakar Deva Goswami. Both these plays were highly acclaimed by the audience.

Permalink Submitted by bedanta bhusan ... on Wed, 30/07/2008 - 18:32
Thanks for highlighting the talent of interior place like Golaghat, as an audience i also thanks to all actor and actress for their marvelous acting

11 Aug 2016 - 8:59am | Syed Miraz Ahmed
A solidarity action expressing deep respect for Irom Sharmila and supporting the ongoing struggle for justice by civil society in Manipur, was organized Tuesday at Jantar Mantar in New Delhi. The...

7 Feb 2013 - 12:05pm | AT News
Lady ULFA leader Jahnavi Rajkonwar is dead. She is understood to have met watery grave in the dense jungle. ULFA’s publicity wing confirmed it in an email statement on Thursday morning. The teacher... 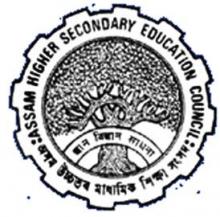 HS results on May 30

25 May 2014 - 9:44am | AT News
The stages are set. The Assam Higher Secondary Education Council is all set to announce the results of the HS examinations  on May 30. The council told Assam Times that the results of the...