The Kamatapur Liberation Organisation(KLO) observed martyrs day on Monday at United Base Camp at an undisclosed location,recalled and paid homage to those heroes who have sacrificed their valuable lives for the caused of Kamatapur state.

Jiban Singh Koch( Singha Koch),chairman of KLO, in a press statement said the Kamtapur was never part of India nor any relationship with ancient India. Even during the British rule in Indian subcontinent, Kamtapur was never annexed to British Indian territory and remained an independent kingdom till 1949. After 1947, the newly independent India forcibly took Koch king Maharaja Jagaddwipendra Narayan Bhup Bahadur to New Delhi and made him sign the Koch-Behar Merger Agreement on August 28, 1948. However, the formal annexation of Koch Behar was announced in 1949. Since then Koch Behar has been under Indian colonial occupation. Later, Koch Behar was again annexed to west Bengal on 1st January, 1950, which sympathize the foreigners because of ethnic affinity.

‘Ever since the 1949 annexation of Koch Behar, India as well as states government have adopted several measures to dilute Kamatapuri national identity. India government deliberately destroyed Kamtapuri language, culture and history and also exploited Kamatapur in all aspects,included political, economics and culture, and made the peoples poor. Moreover there has been huge influx of foreigners into Kamatapur. Systematically these foreign nationals began to dominate all spheres of life like political missionaries, economics centre and administration, which is the dangerous threat to Kamatapuri people in one hand’,he said.

He said, ‘Central and state governments have been capturing land forcefully from poor Kamatapuri people in the name of development, industry and military camp in the other hand. Which in result forced the Kamatapuri people to migrate to neighboring states. Today, Kamatapuri people once absolute majority ruling their own kingdom are becoming minority in their own ancestral homeland’.

The KLO has been fighting to restore the sovereignty and independence of Kamatapur. But colonial and racist Indian government is trying to crush our national liberation struggle. India government cracked down on democratic Kamatapuri movement, and also uncountable freedom fighters had been killed by security forces like Indian army, CRPF and police. The day of December 26(2000) was a very tragic day and on that day the Indian occupied force killed Nablu Das, Jiten Das and Kandura Das brutally. It was heinous killing which created a huge panic in Kamatapur. The people was against of these killing and we gave our indignation to the cruel India and since then observing the day as national martyrs day to pay respect to the heroes martyrs,who laid their lives for the caused of Kamatapur.

The KLO has been fighting for the national right to self-determination in order to restore sovereignty and independence of Kamatapur. These fundamental and inalienable right to national selfdetermination is protected by the UN general assembly and international covenants. ‘Today I would like to express the existence of our struggles to my fellow Kamtapuri, that our struggle is to restore sovereignty and independence of Kamtapur and to defend our people and national territory. So, we have to sacrifice a lots for greater interest of our people and motherland’Jiban said. Addressing the martyrs day observation Jiban Singha said, ‘Today is national martyr’s day. On this auspicious day I convey my heartfelt revolutionary greeting to all of you. I pay my deep homage to those heroes who have sacrificed their valuable live for Kamatapur and paid my heartiest due revolutionary due tribute to the bereaved family members of theirs and also I congratulate all the central committee members who are working hard in home and abroad. I also extend my heartiest greeting to all the leaders and members who have been passing misery lives in the jail’. He has urging his fellow Kamatapuri said that we must overcome, because our war is true war. It is law of nature. Victory is with us. I would like to remind India government that our fighting cannot be stopped neither they can’t suppressed and oppressed Kamatapuri people. Justice doesn’t fear injustice, and the Kamatapuri are not afraid of India how powerful it maybe’, he added. Permanent founder members of the UNLFW,C-in-C General Kumchok ,deputy C-in-C Lt. General Niki Sumi of NSCN, JK Lijang president PDCK, B Saoraigwra,president,BR Ferengga,general secretary,NDFB, Suchin Borok,organizing secretary NLFT, Captain Litpa Meitei of KYKL, Captain Mani Meitei of KCP and many high officials from different dignitaries organizations of UNLF of Western South East Asian were prominent attendees on the occasion.

12 Mar 2014 - 4:33pm | AT News
Finally, AGP has announced the list of seven candidates for the upcoming Lok Sabha polls slated for April 7, 12 and 24.Party president Prafulla Kumar Mahanta formally announced the list after a brain...

26 Aug 2013 - 8:33pm | AT News
Tension runs high in Silchar a day after over 50 people were injured in police firing to disperse an irate mob who went on a rampage in Rongpur area on Sunday night.Army remains on standby and... 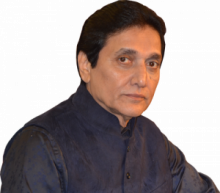 5 Jan 2020 - 10:59pm | AT News
Senior journalist Ajit Kr. Bhuyan has stepped down from Guwahati based sattelite news channel Prag News as it's chief editor. Bhuyan, who has been playing a major role in mass mobilisation for the...
Follow @Assam Times