The Assamese community of Kuwait celebrated Rongali Bihu with much fanfare under the aegis of Asom Association Kuwait. Rongali Bihu to welcome the first month of Assamese New Year, Bohag and the spring season was celebrated over two days, on 7th and 14th April 2017 in Kuwait.

The main Rongali Bihu function was held on 7th April 2017 at the Carmel School Auditorium in Khaitan. The programme started at 5:30 pm with the playing of Kuwaiti and Indian national anthem. President of Asom Association Kuwait, Himangshu Dey welcomed the gathering in his inaugural speech. Chief Guest of the event, Subashis Goldar Hon’ble Deputy Chief of Mission, Indian Embassy in Kuwait, the guest artists from Assam Dikshu,  Nirmali Das,  Bijiyeta and patrons were felicitated. The event was inaugurated by lighting the ceremonial lamp. Dwaipayan Bora, General Secretary in his speech highlighted that this Association was formed in the year 2009 with a great ambition to unite the Assamese community in Kuwait and provide them with a platform to identify with their roots. He presented the list of activities conducted during the year. Goldar in his speech lauded the efforts of the Association in giving back to the society through its charitable arm AASHA and spoke about the importance of the 5 C’s - i.e. to Connect, Collaborate, Contribute, Comprehend and Celebrate – in conducting the activities of any organization, so beautifully outlined in Bora’s message in the Association’s website www.kuwaitotasom.com. The Hon’ble DCM released the annual Souvenir of the Association “Jetuka”. He commended the efforts and appreciated the available literary talent. He gave away the prizes of drawing competitions to the winning children. He also expressed his pleasure in seeing the display of handicrafts and artefacts from Assam arranged as an exhibition by the members.

The in-house cultural programme started with the chorus “Nahor phoole nuxuai” by the members. The children performed “O mor apunar desh” chorus song, Tiwa dance and a fusion of traditional and modern dance. The members presented a scintillating performance of Husori.

After the in-house cultural programme, the guest artists Dikshu and  Nirmali took the stage. As they sang Bihu songs, members and children trooped onto the stage and danced together. A memento on behalf of the Association was presented to each of them, in appreciation of their participation in these celebrations and as a token of love and affection. Many won attractive gifts through the Raffle draw that was held. The event ended with a sumptuous dinner.

A daylong festivity of ‘Mukoli Bihu’ was held on 14th April in the Egaila Beach Park. The members were welcomed with a plateful of pithas, larus, doi, chira and other snacks. This expansive park by the sea was a perfect setting for the members to relax and network, while the children played to their heart’s content. The event ended with a delicious lunch prepared by the members. 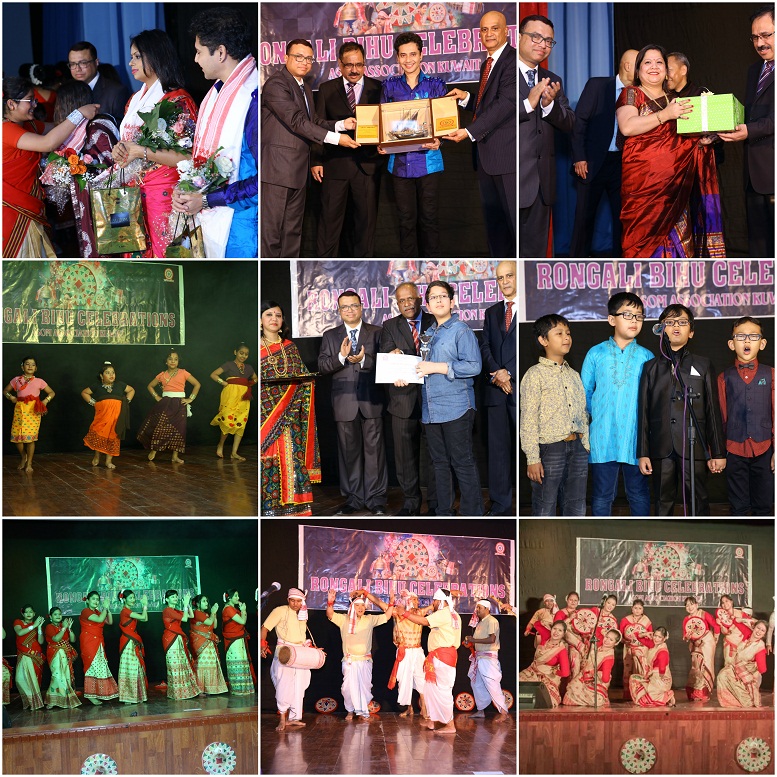 14 Dec 2017 - 6:56am | AT News
KOKRAJHAR: The Kokrajhar police have eliminated yet another top NDFB-S rebel during a heavy gun battle in the BTAD district on Wednesday. According to SP Rajen Singh, the encounter took place at...

4 Sep 2015 - 6:06am | CM Paul
Some 190 students of DBU Global, the Global Center for Online & Distance Education of Assam Don Bosco University, hailing from 26 countries besides India received their respective degrees at the...

30 Aug 2015 - 6:56pm | Pamei Tingenlung
The All Tribal Students’ Union Manipur, All Naga Students’ Association Manipur and  Kuki Students’ Organisation calls for 12 hour bandh in all the hills district of Manipur from 6 am to 6 pm...