Erosion - dark side of the Brahmaputra

The Brahmaputra River is a massive river born in Tibet that sweeps its way along Assam to finally reach the sea in the Bay of Bengal (Bangladesh). The Brahmaputra is one of the major rivers in Asia, it is about 2900km long and, every spring, people, animals and crops are affected by floods when the Himalayan snow starts to melt.

This river changes names several times throughout its course. In its origins in southwestern Tibet it is known as the Yarlung Tsangpo River, then it enters India through Arunachal Pradesh and in this area it is called Dihang. Through Assam it is known as Brahmaputra and in Bangladesh as Jamuna. In Bangladesh the Jamuna merges with the Padma River (Ganga in Bangladesh) creating the world’s largest delta. 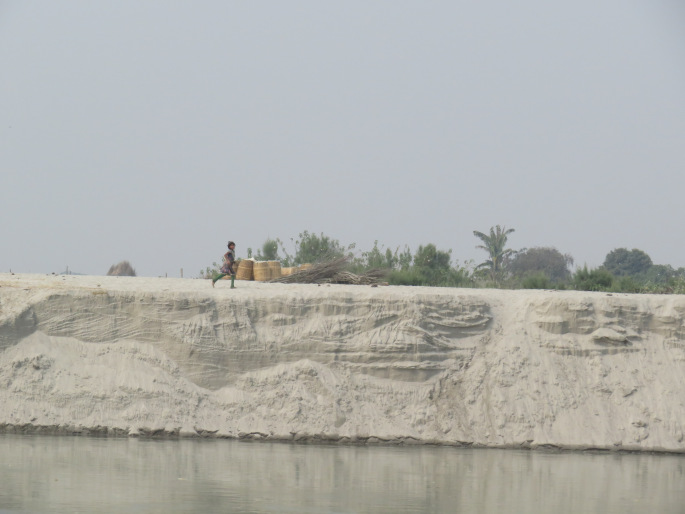 Erosion of the land in the river bench

During its course an interesting phenomenon takes place: due to sedimentation, river islands appear. They are known as chars or saporis in the local languages. At the same time, the river floods and erodes the land that has formed in these islands, where over 1.5 million people live. These people live under great influence of natural changes, and they have seen their land shrink year by year because of these. 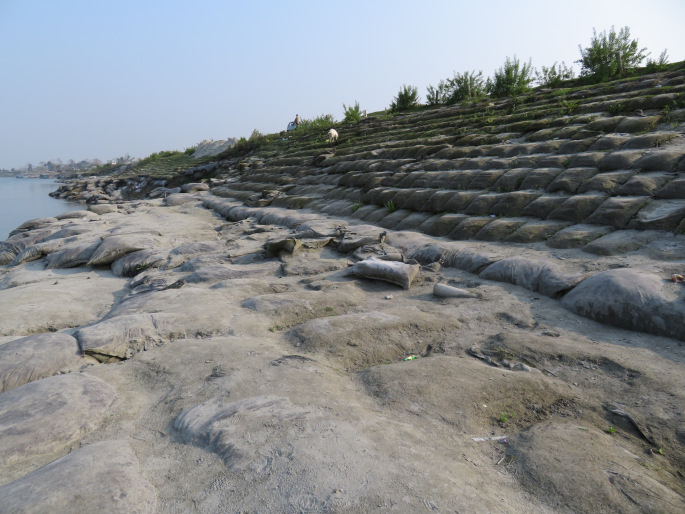 They pile sand bags as a barrier against erosion

Many people are affected by this change of landscape. While we were visiting the boat clinics, we got to know that only a few months before the river had wiped out a large piece of land in Majuli, taking a school with it. It was a strange feeling, being on a land that might not be there next year. That is how many people live in these islands, permanently knowing that all their buildings are temporary. 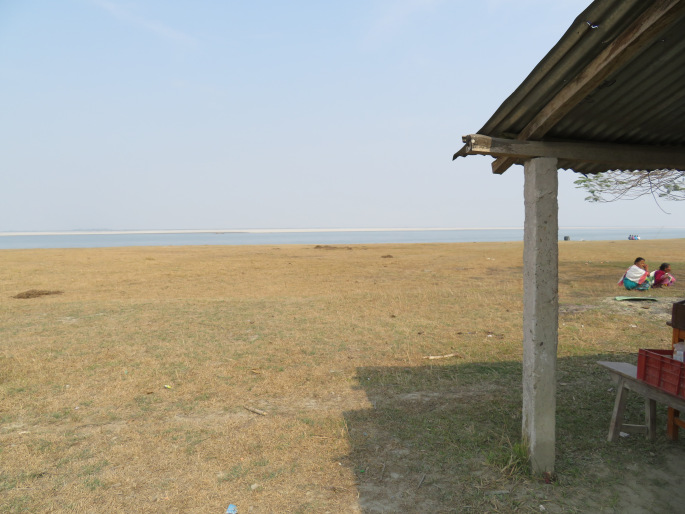 A few months before this picture was taken the land reached to the other side, a distance of about 3 km in which the previous school was before the river made its way through.

Building barriers with sand bags is a way of partially protecting the river bench, and these are found in a few stretches of the river. However, the threat is still very real for the most part of the people living in the shores of the Brahmaputra, who haven’t had any response from the Government in their cry out for help.

Following a video about erosion and how it affects the lives of the people living near the banks of the Brahmaputra River.

By Mariona and Clara, two young doctors from Barcelona, Spain, blogged on brahmaputra while they visited the boat clinics run by the Center for North East Studies.

28 Sep 2016 - 11:57pm | AT News
Swagat Super-specialty Surgical Institute will conduct the next Saturday evening OPD at Guwahati Press Club for the benefit of its member-journalists along with their close relatives. Dr Amit Saha (...