The flash flood water due to incessant rain has washed away two bridges along the 31C national highway near Gurufela under Gossaigaon subdivision in Kokrajhar district that created road communication disruption in between Assam and West Bengal state since morning on Monday.
A total 72 villages are affected in the flood waters in Kokrajhar district since yesterday with 150 hectares of crops land have been reported caused.
The flood water of Pagla River has washed away on Monday morning the two bridges viz. 22/2/A1 and 22/3/A1 of the 31(C)-National Highway located at village Kanhupara No. 2 of Gurufela under Gossaigaon revenue circle. As a result, complete road communication in between Assam and West Bengal was saw disrupted for few hours.The national highway authority of India ( NHAI) has been working in a war putting manner to restore it.
As many as 72 villages reported affected in the flash flood waters in the district in four revenue circles, which are included Bhauraguri-1, Bagribari- 25, Gossaigaon- 30, Dotma-26 respectively. Altogether, 150 hectares of crops land affected with Kokrajhar-65 hactares and Gossaigaon-85 hectares, besides 9427 populations are being reported facing flood affected.
According to official report, in the flood,the embankment of River Sankosh at village Ghaksa is breached along the Assam and West Bengal state. Severe bank erosion and inundation at village Khwirwguri by the River Saralbhaga near Banargaon,Koimari Adivasi Bosti and Rajadabri by River Gurufela, Saragaon and Hogmabil and Gongar Jaoplong villages are eroded by River Longa and Kotpara, Fulguri, Kachukata, Rimijimi and Chekadani are witnessed of erosion till the filling of this report.
The district administration is monitoring the flood affected area with necessary measures to check the situation. The affected areas are being restored to meet communication and healthy arrangements are being made for the welfare of the citizens so that caused to be restored, said a senior official in district administration in Kokrajhar. 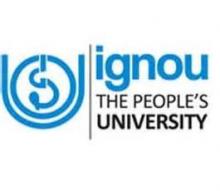 20 Jun 2015 - 3:42pm | AT News
The Centre has approved Rs. 1,387 crore to implement flood control measures in the state.Official sources told Assam Times that the fund was sanctioned against 41 flood control related schemes.The...

14 Jul 2013 - 10:37pm | AT News
The overall flood situation shows some let-up sign. But the majority of the affected locations are still under water.The flood water receded in Chirang and Lakhimpur districts, while the situation in...