GUWAHATI:In yet another bizarre incident that sends huge shockwaves across the animal lovers, three wild elephants were electrocuted to death in two different incidents in the state on Monday.

The first tragic incident took place in Amguri where two full grown female elephants were electrocuted as a herd of elephants which cane down from the nearby hills in search of food landed at Tiphuk Tea garden in the wee hours.

The second one incident of elephant electrocution took place in Numligarh, the place where over a dozen of wild elephants were electrocuted to death during the last two years. 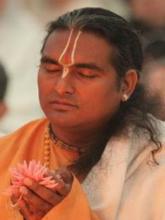 7 Nov 2013 - 8:27pm | Deep Deka
Swami Vishwananda who travels all around the world to spread his message of inner love and happiness will be visiting Guwahati on November 20 to carry on his mission on this planet. In this visit...

8 Oct 2009 - 4:11pm | Daya Nath Singh
Snehalaya, a Guwahati based NGO, has a vision of making Guwahati and the Northeast of India child-friendly. Its interventions focus is on ‘children in need of care and protection and children...