In his speech, Dr. Sangma said that the Government has started a very important programme since 2012 to take care of the most vulnerable group of society, which is the women and said that programmes like social assistance to single mothers is done only in Meghalaya to empower women with economic knowledge, wisdom and enlightenment and empower them economically.

“The seed money may look very small but it has lots of positive ramifications in bringing the socio economic transformative changes for people, especially the economically challenged group,” said Dr. Sangma.

Along with supporting women financially, Dr. Sangma said that it is also important to support women with necessary financial literacy so that they have knowledge about the different kinds of initiatives rooted through banks. He said that lack of dissemination about digital banking has deprived women of the opportunity to be economically empowered. Women have not availed the benefits of the women empowerment programmes that the government has undertaken for the last 15 years because they don’t have bank accounts. Therefore, the Chief Minister felt the need for an aggressive financial literacy to women so that they have knowledge about digital banking and other facilities provided by the bank. The government is committed to ensure that women of the State are not deprived of the economic benefits and will keep track on how many partners have registered themselves and how many have benefitted from the skilled development programmes of the government, he said.

Later, he along with other dignitaries distributed seed money to 40 beneficiaries/partners under urban area skill development programme and 10 under industrial sector.

Assam by poll on Sept 13

16 Aug 2014 - 4:33pm | AT News
The Election Commission has announced the schedule of the by polls in Janunamukh, Silchar and Lakhipur. The last date for filing nominations in the three assembly constituencies is August 27.... 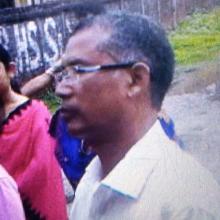