RAHA : The Amsoi police in Nagaon district captured a notorious dacoit on Tuesday years after unleashing no less reign of terror in the entire area.
Identified as Dilwar Hussain, he was arrested at Gawani Gaon during a joint operation by Raha  Amsoi and Kampur police in the wee hours.
Police claims to have possessed enough evidence to implicate Dilwar in a number of cases of murder, robbery, shoot out in a huge area of the central Assam district..
Amrit Konwar ,  Officer in-charge,  Amsoi police out post said Dilwar was involved in the recent sensational dacoity  in Shilbhata area near  Amsoi .  Police have been interrogating him in connection with some of the cases pending against him.

4 Feb 2018 - 2:43pm | Akshaya Pranab Kalita
The body of a 60 year old at a stone’s throw distance from Namrup police station struck no less shock in the entire area on Sunday. Identified as Badal Konwar the body was spotted at a drain at 11.00... 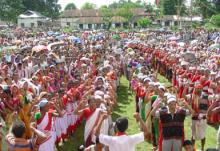 9 Sep 2008 - 2:37am | Ritupallab Saikia
Today the town of Golaghat came to a stand still when nearly ten thousands people all ages marched to the town from Doyang Tengani region which is situated at a distance of 30 Kms from Golaghat town... 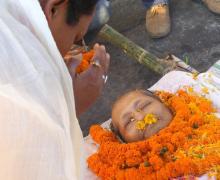