Here comes Rongdwip Troupe to hit the land of Bohag

GUWAHATI: Jadu Deka can’t waste even an hour these days. Same it is in the cases of Jitu, Lakheswar, Pranab, Bitupan et al since Rongali Bihu is on the threshold. Only a couple of hours is left. With traditional Assamese Dhul on their shoulders they are busy with the preparation of huchori performance to mark the most vaunted spring festival commencing from Saturday.

Achyut, the holder of the buffalo horn pipe is all set to mesmerize the onlookers in the nook and corner of the state in the Bihu Huchori performance in the house yards, shopping mall yards. Munna is well prepared with his flute like Dulu with his traditional cymbals to add huge value in the performance.

Christened as Rongdwip Huchori Dol under the banner of Swastik Solutions, the troupe is all prepared to hit the season showcasing the rich traditional culture with all performance in the entire festive Assamese month.

A vehicle with beautiful pictures of traditional Assamese instruments, spring time flowers engraved on it is also ready to carry the troupe across the state soaking in the joy of the annual festival marking the height of the queen of the seasons.

Others in the troupe Dipu, Kangkan, Surajit, Arup, and Ranjit are engrossed in the rehearsal of traditional Bihu dance since they have just a couple of hours.

Talking to Assam Times, which has pledged logistic support to the troupe, the never-say-die souls of Assamese culture said invitations for performing the traditional Assamese Bihu huchori are pouring on. Instant invitations and requests have forced them to keep changing the schedule on every passing hours. 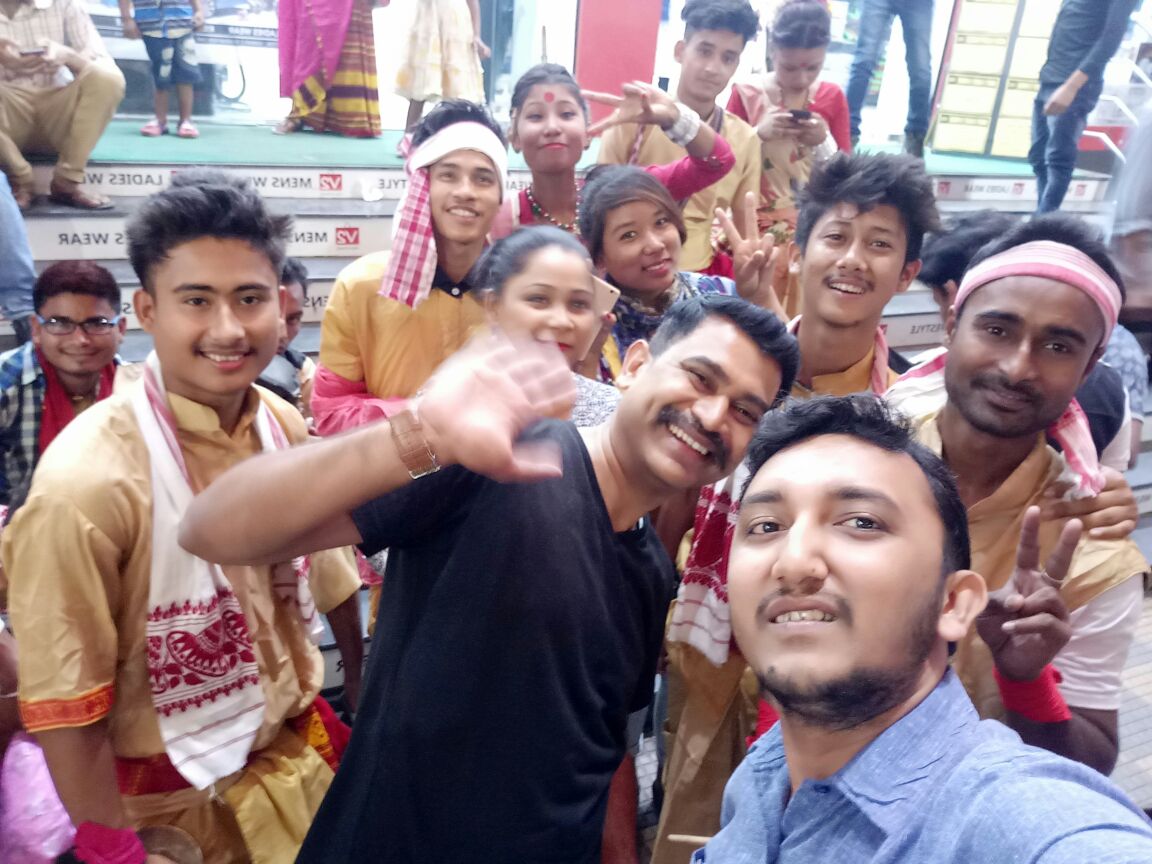 Do this team has any plan to

Permalink Submitted by Anonymous on Thu, 12/04/2018 - 00:22
Do this team has any plan to come to Sinatoli in Golaghat district of Assam? Most welcome if it comes. Trailukya Gogoi, Sinatoli, Golaghat( Assam)

18 Feb 2017 - 1:44pm | Sanjoy K Kakati
Even after one and a half months the schools have not been able to distribute all free text books  among tbe students forcing All Assam Students Union to launch ten hour statewide hunger strike...

12 May 2016 - 8:53pm | AT Kokrajhar Bureau
Students from greater Joypur area in Kokrajhar staged dharna demanding action to curtail drugs abuse in the society. Students gathered to stage dharna at Joypur bazaar along the JD Road in Kokrajhar...

16 Feb 2014 - 5:07pm | AT News
Its an erosion in AGP. That too three months before the Lok Sabha polls. Senior AGP leader and former minister Hitendra Nath Goswami resigned from the party’s primary membership on Sunday.Hours after...