One died, five injuried in electrocution

Kokrajhar: One labourer died and five others have received serious injuries due to electrocution incident  at Boro Bhatarmari in Kokrajhar town today morning. Injuries are immediately rushed to hospital in Kokrajhar.

Accordig to injury persons, the labourers were involved with installing electric pole in the village when the incident occurred by 10.30 am today.

The electrocution left one labourer died and five others sustained serious injuries. Injuries are from Kokrajhar and Paschim Sengmati area of West Bengal state.

The labours were involved with installing of electric pole under tikadar of PK Gupta, electricity tikadar of Kokrajhar.

Police rushed the spot after incident and took stock about incident.Police started its inquiry into incident.

Deceased is identified as Jhunu Barla (23) of Dholmara in Kokrajhar district.

Meanwhile, officials from Assam Power department clarified that the construction work was not intimate to the concern department which had tok place today.The electric pole installation was done under a tikadar and held a miscommuincation with Power department management.

5 Nov 2016 - 5:46pm | AT News
A lower court in Guwahati on Saturday remanded Dr Rakesh Paul to 14 days police custody a day after the APSC chairman was arrested on corruption charges. Amid heavy security, police produced Paul... 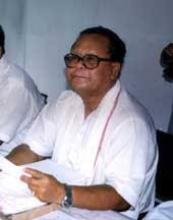 3 Feb 2018 - 8:47am | AT News
GUWAHATI: Senior Congress leader and former minister Govind Chanda Langthasa passed away ag a private hospital in Guwahati on Saturday. The end struck at 1.30 ay night in Down Town Hospital where he...

11 Aug 2017 - 8:01pm | AT News
Despite I-Day boycott call by the north eastern rebel outfits, Assam is going to observe the Independence Day with a three-day programme across the state. Amid tight security arrangement, the Deputy...