Based on an inputs about movement of youths,security forces belonging to Assam police and 15 Garhwal Riffles of Indian Army, have carried out a search operation along the Basugaon area in

Chirang police apprehended the  two youths who were moving towards Basugaon town.

The arrested duo were identified as Parman Ali and Mafizul Islam of Mozabari under Sidli Police Station in Chirang district.

A country made pistol, five rounds of  live ammunitions and cash Rs.55,000/- were  recovered from their possession.

Parman is a known criminal and was earlier arrested in connection with kidnapped case in the area.

The arrested persons got the arms from a person at Ranchaidham area and were bringing them to Basugaon to sell.

16 Jul 2015 - 9:33pm | AT News
In a rare honour of Assamese literature, the Centre has appointed award winning author Rita Chowdhury as the Director of National Book Trust. The wife of BJP leader Chandra Mohan Patowary will...

28 Jul 2016 - 1:38pm | AT News
Ulfa general secretary Anup Chetia will interact with the member-journalists of Guwahati Press Club today (28 July) at the press club auditorium. The program will start at 3 pm sharp. The Ulfa leader... 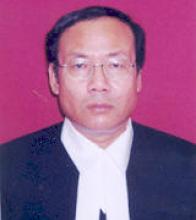 16 Oct 2015 - 8:46pm | AT News
Senior most Gauhati High Court judge Justice Tinlianthang Vaiphei will take over as the Chief Justice on October 21. Assam Governor PB Acharya will administer Vaiphei the oath of office and secrecy...