Its confirm. Both NDFB and ULFA were behind the serial blast that rocked the state on Octobe 30 in Assam with a toll of 84 people.

An official statement of the Assam government has made it plain that involvement of some active members of National Democratic Front of Boroland (NDFB) has come to light during the course of investigation by the Special Investigation Team (SIT).

According to the SIT report, the involvement of ULFA in the conspiracy of carrying out the serial blasts in the state has also come to the fore during investigation.
The government claims that there has been "significant progress with regard to the investigation", the government said "the main culprits who have perpetrated the crime have been identified and all efforts are on to apprehend them adding that probable involvement of other agencies and organisations are also under investigation and the police have so far arrested eight persons.

In its initial stage, police team probing the incident suggested the involvement of NDFB in triggering the serial bombings in Assam and rejected the role of any Islamist terror groups being directly involved in the incident.

Now its official that the probe almost reached the final stage with all evidences pointing towards the National Democratic Front of Bodoland(NDFB), in a ceasefire with New Delhi since 2005.
The sequence of events before and after the explosions in Guwahati (three blasts), Kokrajhar, Barpeta, and Bongaigaon are sensational. During investigators, it was found that three Maruti cars used in the Guwahati bombings were all purchased by NDFB cadres, while a motorbike used in the Bongaigaon blast was also owned by a NDFB rebel.

Highly placed sources suggest that the serial bombing was masterminded by NDFB chairman Ranjan Daimary now residing in Bangladesh as he was not happy over the slow progress of the peace talks with New Delhi. ULFA’s role cannot be denied albeit it was minimal. 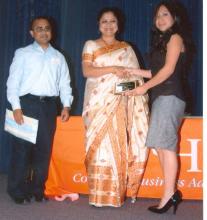 Institution of Assam scholarship at the US University welcomed

25 Jul 2012 - 1:46am | editor
Around 400- minority groups staged demonstration in front of the Assam Bhavan in New Delhi on Tuesday. Shouting slogans against Assam Chief Minister Tarun Gogoi, the protesters demanded the...

19 Oct 2007 - 2:47pm | editor
Upcoming cricketer Swarupam Purakayastha will lead the State U-19 team in the forthcoming East Zone Cricket Tournament. The tournament will begin in Kolkata from October 23.The Assam Cricket...