This was stated in a press release by Directorate of Information & Public Relations on Friday. 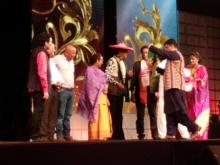