Mile Sur Mera Tumhara, the iconic anthem written by Piyush Pandey with which thousands of Indians of a particular generation grew up, had recently been re-shot in a new avatar. The new version was released in Mumbai on Republic Day earlier this week. The popularity of the original version of this anthem cannot be gauged in words as it was highly successful in generating patriotic fervor among the masses. The original video featured some of the most popular Indians of that era, like Amitabh Bacchan, Mithun Chakraborty, Jitendra, dancer Mallika Sarabhai, cartoonist Mario Miranda, filmmaker Mrinal Sen, Sunil Gangopadhyay, author Annadashankar Ray, singers Bhimsen Joshi, M Balamuralikrishna, Lata Mangeshkar, Suchitra Mitra and sportspersons Narendra Hirwani, S Venketaraghavan, Prakash Padukone, amongst many others. The sweet melody of the original version, coupled with the different tunes and ragas incorporated from various parts of the country, made one instantly feel proud of the country. The initiative to bring out the video in a completely new avatar to suit contemporary needs is indeed a commendable initiative as it is time to rouse those feelings of patriotism once again in the hearts and minds of our countrymen. However, I was greatly disappointed when I watched the new version of this anthem, Phir Mile Sur, which has been composed by Louis Banks and which features a host of artistes from the entertainment world. Incidentally, Louis Banks had also composed the original 1988 version along with late P Vaidyanathan. The celebrities which feature in the new video are Amitabh Bacchan, his son Abhishek and Aishwarya Bacchan, Ranbir Kapoor, Deepika Padukone, Shilpa Shetty, among many other personalities from all walks of life. Basically, I could not find any sense of rhythm or melody in the new song. There was no flow as such and the whole song had well-coordinated stretches which were incorporated in a haphazard manner. It is a big disappointment and I feel they would have done better had they stayed even somewhat closer to the original concept. I am also distressed at the way the video has been picturised. Has India today become limited only to Bollywood? This is what one feels after watching the video, which has celebrities from Bollywood being the sole representatives of the Indian spirit. The Northeast again has been totally left out of the picture with its only representative being a failing, old Bhupen Hazarika humming a Bengali number. While this is definitely an issue that needs to be taken up by our intellectuals and learned people, we should also start thinking as to how many people from the region have actually achieved something to have merited a place in the video in the first place. All in all, a big disappointment. Both the video and also our Indian culture, if it has indeed become what the video depicts it to be.

Permalink Submitted by vickylilani on Sun, 31/01/2010 - 17:23
I am very disappointed when I saw song & they have removed the Sindhi sentence. The old one is gold one.

Permalink Submitted by atonu on Mon, 01/02/2010 - 10:05
Sorry to know about it. There certainly many more important personalities to be shown in the video than the bollywood artists. Moreover Assam and the North East certainly needs better representation.

Permalink Submitted by nagendra sarma on Tue, 02/02/2010 - 14:22
Certainly the earliar verson was excellent. Really I am also disappointed.

Permalink Submitted by Pallavi Barua on Tue, 02/02/2010 - 16:03
With more and more developments in the field of sound technology in studios, creativity is losing out. To prove this statement, the latest 'Phir mile sur' is the best example as of now. And, let me say boldly, we are also DISAPPOINTED with Bhupen Hazarika in this version.

Permalink Submitted by Dorika on Wed, 03/02/2010 - 15:42
Not only creativity, there is a Loss of Soul by heavy dependency on technology in today's music and lyrics. New 'phir mile sur' is below standard.

Permalink Submitted by jtapan on Sun, 07/02/2010 - 13:17
Otherwise there wouldn't have been a phrase 'old is gold'. As for Bhupen Hazarika, as pallavi baruah has stated, we cannot be dissapointed with him butfeel sorry for him. He can hardly utter his own name properly. He has grown too feeble with age and ill health. And regarding the 'representation of the north east factor', when was there the north eastern states beyond kolkata? We have always been unrepresented. Just for that chicken neck are we calling we are part of India.It's time that the people of this region come together and raise our voice. A Good debate should be initiated in the national news channels.

Permalink Submitted by Pallavi Barua on Mon, 08/02/2010 - 05:06
The views are entirely personal. I respect everyone's opinion over the issue and in no way feel that everyone has got to have the same views. That's it and here it ends.

Permalink Submitted by Shashi on Mon, 15/02/2010 - 07:56
I agree entirely. Its almost as if there are no other worthy people in this country except performing artistes, esp of the popular stream. N-E gets a raw deal. South is a mere 2-bit act..again making me feel as i were from a different country called 'South India' (Im sick of the ques 'are you a south indian?') Where are the sportspersons, educationists, scientists, local musicians and more importantly where is the 'aam aadmi'? Unfortunately aam aadmi only gets to be the bye-stander. And did you notice the way certain bits in the video were shot? SRK, whats-his-name kapoor and a couple others standing at the edge of some precipice or the other and spreading their arms into the air almost as if they were pleading for help! :-)

Permalink Submitted by dibyashnataa on Mon, 15/02/2010 - 19:48
I still have the (g)old song with me which i proudly play it on my phone and it has been taken by so many of my friends through the bluetooth. I AM ABSOLUTLY DISSAPOINTED to see the new video. It so commercilised, the feelings looks fake and more professional, not like the previous one, in which it seemed everyone sang from heart, headstraight, pride oozing... The old sang had already neglected north-east. just show casing a whole big society in a line without making them sing in their language is the highest sign of disrespct. The new song did not live up to the expection. And why Mr. Bacchan and his beta-bahu, has India today have no other to promote its national integration... hope we dont get see this kinda avatar... After all dont let not all be KAANTA LAGA.. Keep few things as MILE SUR MERA TUMHARA.

Permalink Submitted by Jayanta Deka on Mon, 22/03/2010 - 14:58
"Phir mile sur"... I truly agree that it is all but disappointment and the way the video is pictured, it seems like "family drama" of some stars! Funny and more so about the representation of NE!

21 Jun 2007 - 3:19am | mousumi
Under the initiation of SFI and IPTA, a daylong function was held at Jorhat District Library on 20th June 07 in honour of Bishnu Rabha. The function started with the hoisting of flags of the... 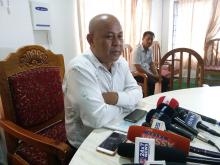 30 Aug 2017 - 10:30pm | AT Kokrajhar Bureau
The differences between BJP and BPF seems to have been widening on every passing day. The saffron party wants to take the grip in BTAD areas while the regional party is averse to allow it to happen...