The Moslem tendency to acquire erstwhile Assam as a factor for their geo-political credit faced stiff resistance not only from the different tribal kings of the times but also from the Shan Tai Ahoms who managed to establish their settlements from 1228 AD under the kingship of Chou Lung Su Ka Pha.

Interestingly the east-wandering group of Shan Tai Ahoms who chanced upon present day Assam was not just a new race and later a political entity amidst the native population but much of a foreigner like the Moslems. The Moslems set foot on this land some twenty three years prior to the out casted Shan Tai Ahoms who after several years of intra class fights for supremacy were compelled to migrate and shape sovereign identities away from their main lands.

The adventurous Moslem design for territorial expansion and governance yielded fantastic results with their Indian population who comprised the bulk as subjects and became the foundation for alliances, wars and strong exemplarily governance. With present day West Bengal and Bangladesh already under their occupation and survey, medieval Assam’s susceptibility for Moslem governance gradually matured since the 13th century.

Unlike the Moslems, the Shan Tai Ahoms in their attempts to unite with the indigenous inhabitants restored to shed their inherited belief system and took to the local color. This apparently helped them gain acceptance and further their newfound dual identity-ship to lord over Assam particularly since the outbreak of Moslem hostilities.

In their first fight for supremacy the Shan Tai Ahoms succeeded along with the indigenous masses to oust the ambitious Moslems but eventually in the seven hundred odd years of war and rule that ensued, the people of Assam underwent tremendous changes. They not only witnessed change of power in succeeding governance but also in the attitude of accommodating new belief systems in a climate which proved fertile for such progression and acceptance as a way of life.

The Shan Tai Ahom – Indigenous – foreign Moslem contact gave plenty room for social, political, cultural and theosophical developments. What found ground from such intercourses amongst Tantricism, aboriginal practices and rapid Aryanization are the tenets of Islâm and Vaishnavism followed by Christianity that permeated during Britishization.

Post independence, numerous conflicts and errors arising out of political mismanagement in empowering a country or a state and in the present context Assam have seen several Indigenous Rights Movements under propagation.

It is noteworthy to mention that Ahoms are foremost in the Indigenous Rights Movement (IRM) in Assam with a 180-year-old representative body. Known as the Ahom Maha Sabha (AMS) it is followed by the overpowered and marginalized tribes like the Bodos, Dimasas, Rabhas, Koches, Karbis, Khasis, Lalungs, Morans, Mataks, Mishings, and even the native Moslems who bear more than a 905-year-old history of converted existence when compared to the 19th and 20th century immigrant Moslem settlement history.

The Assam Sanmilita MahaSangha (ASM) – an umbrella organization of different indigenous groups and sub groups of Assam have represented, voiced, raised questions and intervened in the political repression of indigenous rights from a common platform. It is much against the widespread misrepresentation of ethnic history in practice.

Both the indigenous and immigrant Moslems no doubt share a common religious history of adaptation to Islâm in the Barak-Brahmaputra-Surma Valley but within a constituted and well defined geo-political boundary a common faith is certainly not currency for free movement and settlement within neighboring country countries destabilizing comparative development. At hindsight, Assam has severely failed in all its years of political growth to enforce Indigenous Land Rights resulting in frequent land feuds. In the absence of a proper Land Rights Law in situ discriminatory distribution of land pattas have only deprived the indigenous stocks of their natural rights to confine themselves to an area. In the absence of land, indigenous cultures will soon perish.

Various indigenous Moslem and tribal-bodies overtime have expressed their opinion about the politically accepted immigrant populations concentrated in the central and lower Assam wherein the fertile wastelands and the shifting chars have been brought to use. However, this fact requires introspection.

The immigrants Moslems in their attempts to develop presumably may be a step ahead of their indigenous brethrens and this is popularly perceived as a threat, which is most certainly not a contributory factor to the latter’s miss-development. To partake of the democratic process and avail development benefits is a secular constitutional right. The Government at the Centre has formed a Ministry for the welfare and uplift of Minorities including Moslems irrespective of community but unfortunately, it lacks transparency and target and is somewhat vague about the number of deserving population whom amongst the different development schemes formulated for the purpose should find implementation with. For example, scholarships and stipends launched for the deprived are permitted to a section of self-sufficient Moslems in absence of a proper impartial mercenary in office depriving the BPL sections.

This and many such factors in practice can be rid of only by a proper state centric community based census study of the Moslems against whom special term policies require to be devised for education and sustainable employment. The Sachar Committee Report no doubt have immensely failed to make an approach to describe the historicity of the Moslems of NorthEast India nor did it cite any substantial anthropological efforts to support and help frame community-specific agendas.

The Moslem intelligentsia of the Barak-Brahmaputra Valley require meeting out of political cubicles to rub off active animosity and device a suggestive mechanism for common development. There has been no single decisive attempt to formulate and court unanimous development either through Political or Non Government labor. Categorical funds for various causes routed through Moslem Organizations of India and abroad are deviated to particular sections of the Moslem population. Non Government Bodies work less, function with a partial mindset and try occupying news space with plenty Media Releases of an event with few or no successions. They court money highlighting genuine causes of sorts and hoodwink funding agencies misappropriating disbursements in the name of overall target development of Moslems.

To surmise, it’s time to convene for ‘Policy Making’ that will actually affect the Moslems who are in a delayed progress threshold representing different communities.

22 Apr 2012 - 2:56am | editor
The ceremonial lamp was lit by Mrs Gayatri Borthakur and Srimati Chapala Bhuyan and rich tribute was paid to late Dr Bhupen Hazarika. This was followed by a variety of cultural items which kept... 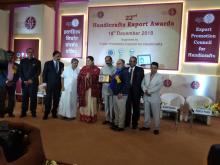 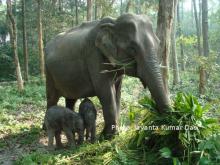