MiG-21 a thing of the past for Tezpur IAF

GUWAHATI: The magnificent MiG 21 aircraft will fly no longer from the Indian Air Force Station at Tezpur. The Air Force station on Thursday conducted a farewell ceremony to mark the occasion.

According to official statement, it was on February 27, 1986 that the first MiG 21(FL) , also known as MiG-21(T-77), landed at Tezpur Air base, thus marking the beginning of the supersonic era.

Since then, the Air Force station at Tezpur has been a home to this aircraft, and over a period of time, has become synonymous with MiG-21(T-77).

MiG-21 stands for ‘Mikoyan’ and ‘Gurevich’, the two Russians who designed this fighter aircraft. It is a frontline all-weather “Interceptor” powered by a turbojet engine.

The aircraft is equipped with missiles, guns, sophisticated flight instruments and radio aids of the bygone era permitting it employment both by day and by night.

On December 15, 1986, the MiG Operational Flying Training Unit (MOFTU) was thus born at Air Force Station, Tezpur.In 2003, MOFTU, because of its huge size, was bifurcated into two independent units, ‘Alpha’ and ‘Bravo’, or aggressors and bravehearts, for administrative efficiency.

Over the last four years, both these squadrons did a splendid job of imparting quality training to budding pilots. However, last year, Operational Conversion Unit (OCU) and MOFTU ‘Bravo’ were relocated from Tezpur to other bases in the Eastern Air Command.

Now in September, MOFTU ‘alpha’ will also get relocated to another base within the command. With this, Tezpur Air base will fade into history as the cradle of young fighter pilots and bastion of type 77 operations.

The programme will include various ceremonial activities to be conducted by the Air Warriors, KV school children, cultural groups from Tezpur and the Army unit of 4 Corps. This will be followed by a goodbye flypast by the MiG 21(T-77) aircraft.

1 Apr 2014 - 3:56pm | AT News
The Gauhati High Court on Tuesday adjourned the move to register cases against Chief Minister and revenue minister in connection with the Pranab Boro self immolation case.The high court intervention...

20 Dec 2007 - 2:50am | editor
The All Assam Tai Ahome Students Union has called for social boycott of those people who attended the meeting with P R Kyindiah on Tuesday in New Delhi.Talking to a private TV channel on Wednesday,... 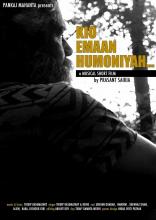 18 Jul 2018 - 5:37pm | Prantik Deka
A new short film 'Kio Eman Humoniyah', inspired by real life stories of people who have succumbed to drugs, depression and alcoholism, has been creating waves in social media. Directed by...