Despite being upgraded into a Town from a village in 2007 Raha is still plagued with lots of civic problems causing inconvenience to its residents. The joy of monsoon usually washes off with the first heavy shower every year for its residents , courtesy the Raha town committee’s apathy. Waterlogging, broken roads and lack of streetlights expose town committee’s tall claims of public works. Perturbed over the “callous” attitude of the Raha Town committee officials towards the problems of general public, the residents are peeved at it.

Simultaneously, the residents are coming up with severe criticism at the departments concerned, civil administration and the Government for not dealing with issues like repair of dilapidated roads within the town, clearing of garbage dumps, proper supply of drinking water and electricity, haphazard construction of business establishments and many other civic problems.

Large potholes on all roads within the town, indisciplined shops on footpaths and open garbage throwing system on roads have become common scene for the residents here.

Talking to this correspondent, the residents said, “ The civic body always gives an excuse of fund crunch for all the problems in the city. Though the body may be facing financial crunch, but for all the problems, this was not the only reason. Waterlogging, non-functional streetlights, miserable roads, open garbage dumps, the problems are many, but they are not due to paucity of funds.” They added that the “callous and apathetic” attitude of the town committee officials was the root cause of the problems being faced by the residents.”

The dilapidated wooden bridges and roads in and around Raha town have remained unrepaired for long rendering plying of buses on all roads almost impossible. For example,the road from Raha to Kampur passing through Chaparmukh is most dangerous which is why there is no buses ply on this road except a few private tempos,autoricshaws etc.

On the other hand, a PWD bridge on the River Kolong nearby Raha old chariali ,that connects Raha with Chaparmukh and some other areas of the town including ward no.1 is in a dilapidated condition for a long time as a result of which students and all sections of people need to cross the river through a bamboo bridge even in this rainy season where there is high risk of their lives. Interestingly,the department concerned is found sleepy over the subject.

It is a matter of much regret that though Raha is a vast area comprising of 5 mouzas it istill remains one of the most underdeveloped urban areas in the state. Hence, the residents of Raha have demanded the state government, the newly elected MLA, and the Raha Town committee as well to wake up from their sleep in order to relief the residents from their miserable life so that they too enjoy a convenient life at least to some extent. 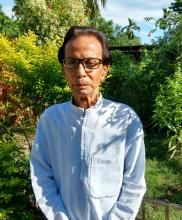 24 Aug 2016 - 7:56pm | Jayanta Kumar Das
Mahendra Saikia a renowned social worker of Kalaigaon has been sad now a days in his eighties.His dream of a peaceful and corruption free society has been shattered.Very recently he has been awarded...

13 May 2008 - 8:23pm | editor
Altogether 14 people have been injured, four them seriously, when a fast moving passenger bus collided head on with an auto van near BH College area in Assam's Barpeta district on Tuesday morning....

31 Mar 2015 - 3:39pm | AT News
Assam has currently 1,167 private schools, excluding play schools, and 420 private junior colleges are in the state. Education minister Sarat Borkotoky told the House on Tuesday that the...