Celebration of Eid ul-Fitr in Mumbai

Assam Association, Mumbai is Organizing ‘An Evening of Get together & Cultural Function on the occasiion Of Eid ul-Fitr on Saturday, September 3.

The details as follows: 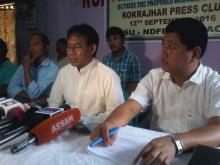 13 Sep 2016 - 9:33am | AT Kokrajhar Bureau
The National Democratic Front of Boroland-Progressive (NDFB-P) slammed BJP led NDA government for not taking any initiative while bringing issues of Bodoland separate and NDFB issues as militant...

24 Mar 2014 - 7:12pm | AT News
Several KMSS activists have sustained injury when police sprang upon them in Guwahati as they were staging dharna demanding resignation of Rockybul Hussian alleging failure to stop rhino poaching in... 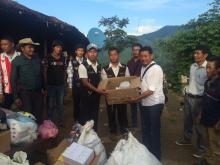 1 Sep 2016 - 8:54pm | Lester Makang
Being the first ever relief team to have reached out to the measles affected Myanmar's border villages, the Tangkhuls For Nagas in Myanmar (TaFNIM) has marvelously opened up new avenues for restoring...