With margin of 107-104 runs, the Mezenga Club of Nazira has defeated the Mili-Juli Club of Sivasagar in the Krishna Saikia Memorial Prize money cricket tournament held at Namti.

6 Jan 2012 - 11:07am | Pankaj Sharma
A day long 'Ride Safe' program was held at the Garu Field, in Nagaon. The program was flagged off by Mr Nityanad Pathak, in-charge of Nagaon Traffic police. As part of the program , two wheeler...

23 Jan 2008 - 5:55am | bobbyramakant
A 'jattha' will begin on 26 January 2008 from Nandigram in West Bengal marching and connecting all people's struggles and movements across the states of India to end in Gorai, Mumbai, Maharashtra on... 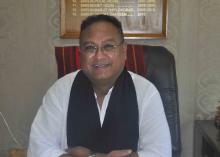