A forest guard of world famed Kaziranga National Park (KNP) has been critically injured in a rhino attack inside the park. The person, identified as Lambudhar Chokhan (40), is now undergoing treatment at Kushal Konwar Civil Hospital, Golaghat. The incident happened at around 12 pm yesterday. While talking to Assamtimes, Divisional Forest Officer (Kaziranga) Dibyadhar Gogoi said that Lambudhar and his colleagues were on duty at Dusuti area in the western range of the park under Nagaon district where they came across a female rhino and her cub and the animal suddenly attacked him.

It is to be noted that On January 9, another forester was attacked and killed in a wild buffalo attack inside the protected area. The incident occurred near Difalu forest camp under Bagori range of the national park. The guard, Susanta Mahanta, died of his injuries at the Jakhalabandha hospital in Nagaon district. 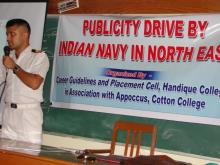 6 Aug 2009 - 10:48am | nabajit_dutta
Indian Navy has launched a Publicity Drive in the North east to build up awareness amongst the students and youth about various career opportunities available in Navy. As a part of the Publicity... 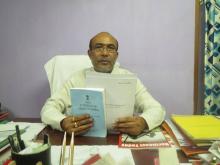 14 Mar 2017 - 11:53pm | AT News
Veteran politician and BJP leader N Biren Singh is taking oath as Manipur chief minister on Wednesday. Governor Dr Najma Heptulla will administer him the oath of office and secrecy at a ceremony at 1...

Two convicted for rape and murder

4 Jul 2017 - 8:59pm | AT Staff Reporter
People of Udalguri have expressed satisfaction at the conviction of two youths of Mazbat who had raped an elderly lady before killing her mercilessly in 2013.The District and Session Judge of...