The metamorphosis of the legendary Assam Medical College AMC) from an aged and dilapidated structure into a refreshingly beautiful centre of excellence is remarkable.

It turned 107 years old on November 2, 2007 but officially birthday of AMC is on the 3rd of November.

Late Lokapriya Gopinath Bordoloi, the then premier of Assam had inaugurated the prestigious college and since then AMC has achieved many high points and till date has proudly produced6822 MBBS graduates and 2350 post graduate doctors.

Its journey which began from 3rd November, 1947, in the abandoned US military hospital of the Second World War at Borbari, Dibrugarh, to completing 60 years of service was completed following many ups and downs. Its inception coinciding with the independence of the country holds historical significance for the people of Assam. However, the institution was in existence since 1900 in its earlier version as the Berry White Medical School which gave medical practitioners albeit without the MBBS degree.

Stalwarts like Bubaneshwar Baruah have been the founders of this great legacy.The alumni of this premier institute have served the people in the national as well as international level.

Government apathy had once deteriorated the glory of this grand institution but now grants as well as people’s participation has once more put it in the track of success. The Rs 100 crore comprehensive package for the development and upgradation of AMC is a sign of the triumphant times that are in store for this college of excellence.

The service provided to the common people by this institute for the past six decades is commendable. It not only provides health care services to the needy but aso provides meical and paramedical man power and training to various government, industrial and private hospitals of the region. It has also played a pivotal role in the establishment of other medical colleges in Assam, GMC and SMC in 1960 by providing eminent teachers and other paramedical staff and equipment.

On its Diamond Jubilee year we wish the AMC a lot more success and laurels for the coming year to come.

Permalink Submitted by jaay on Wed, 12/12/2007 - 03:14
There are some instituteÃ¢â‚¬â„¢s which are dedicated solely for the purpose of servicing the people, irrespective of class and creed, AMC is one of them. They are doing their best but still much is left to be done in order to really call it Ã¢â‚¬ËœTOP-OF-THE-ORDER-INSTITUTEÃ¢â‚¬â„¢. If we leave global names and consider hospitals in India alone, then also AMC is in the middle order. What an irony it is that in foreign countries where considerably the health factor is better than ours, have better medical facilities and plans, just having a care card from government enables the common people to have treatment free of cost. Countries like ours, where common people need the most attention, have the most difficult options, sometimes even paying with their lives. I wish someday AMC, comes up with a plan, whether it means raising donation from common people or asking funds from government and other world forums, to derive a plan, where a common man can access treatment without worrying for funds. We have the best DOCTORS in the world, best alternate to expensive treatment and medicines but alas not of any use to the common man. Elites can travel Delhi / Mumbai to AIIMS, Escorts, MAX, Lilawati but where does a common man go to? Lets wish that AMC can be a role model to all those money monger medical service providers and make us proud.

14 Sep 2018 - 6:58pm | Prantik Deka
Women’s participation in the work force has increased over the years, yet, a healthy percentage of the female employees have also had to constantly endure sexual harassment and abuse at the hands of... 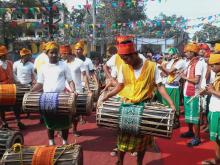 12 Mar 2017 - 12:18pm | AT News
Amid indefinite curfew and flag march by army two incidents of police firing on Sunday escalated no less tension in Silapothar.Police resorted firing as they spotted two youths who were believed to...