The Garo National Liberation Army has released a senior State Bank of India official they kidnapped on February in East Garo Hills on Saturday.

According to information, the SBI assistant general manager VK Gupta was freed in Krishnai in Goalpara district 17 days after he was was kidnapped by four unidentified men from the Chotamatia area.

VK Gupta was kidnapped on February 20 while he was on his way to Assam after auditing at the bank's Mendipathar branch.

6 Nov 2012 - 4:00am | editor
Bhupen Hazarika's song is out in English and Bengali translation. This was what the maestro’s younger brother Bolen Hazarika in Shillong on Monday. Hazarika said that the last song of his... 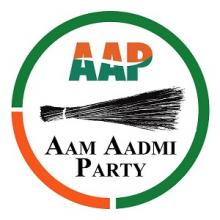 30 Mar 2015 - 8:53pm | AT News
Aam Admi Party’s high voltage drama in Delhi threatens to split its Assam unit if the scheme of things within the party is any indication.Senior leaders are quite disappointed with the internal rift...

17 Aug 2016 - 1:01pm | AT News
ULFA-I was believed to have deployed some students to carry out armed attack in Tinsukia district to disrupt the Independence Day celebrations. The startling revelations have surfaced when policemen...
Follow @Assam Times