Assam chief minister Tarun Gogoi on Tuesday called on several UPA heavyweights in Delhi amid speculations of an impending cabinet reshuffle. Gogoi met Union finance minister Prabnab Mukherjee and discussed the state’s financial health. Before that he met defence minister AK Antony and home minister P Chidambaram where he discussed the state’s law and order. On Monday, he called on Congress president Sonia Gandhi a day after he attended the chief minister’s conference on NCTC.

Five from Assam honoured with Padmashri 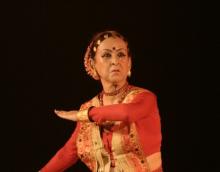 Preventable riots that could not be prevented: ACHR

13 Sep 2012 - 3:08am | Daya Nath Singh
The recent riots in Assam’s BTAD, were absolutely preventable, but could not be prevented due of the criminal dereliction of duty by officials starting from the officer-in -charge of Kokrajhar...

14 May 2008 - 2:33pm | editor
Union union home minister Shivraj Patil says the Centre is always open for talks with ULFA and DHD(J) along with all other terrorist outfit.Addressing a press conference after he reviewed the region'...
Follow @Assam Times