Seven months passed since Dr Bhupen Hazarika died. But his fans set a world record in Guwhati when thousands of guitarists together played his evergreen music Bistirno Parore at the packed Sarusajai stadium on Sunday afternoon. Organized by Now, Hope — a Guwahati-based event management company, the function was attended by several noted singers who appreciated the venture. They include singers Sudakhina Sarma, JP Das, Samar Hazarika, Monjyotsna Mahanta. It breaks the world record set in Shillong in 2007 where 1733 guitarists performed together. The formal announcement would be made on June 30.

Programmes carried out ahead of I-Day

14 Aug 2016 - 10:20pm | AT Kokrajhar Bureau
Various programme and activities, which included awareness, capacity building were carried out in Kokrajhar district, in connection with celebration of 70th Independence Day on Sunday to mark...

42 thousands hectares Satra land are in the grip of Bangladeshis, complains Xatra Mahaxobha

26 Aug 2007 - 2:22am | BandanBharadwaj
Guwahati : Bangladeshis’ are encroaching more then 42 thousand hector of land belongs to 920 Satra’s in Assam from Dhubri to Sadiya, alleges Axom Xatra Mahaxobha. They also alleged that... 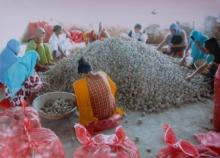