Photojournalist form Assam has been able to draw the attention at the international level as senior photojournalist Samsul Huda Patgiri was declared as the winner of the ICIMOD Digital Photo Contest on ‘Water and Life’ during the Centre’s activities for World Environment Day. 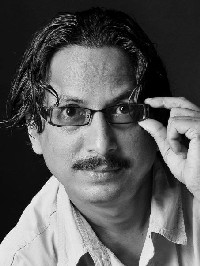 The contest was held as a part of the celebration of International Centre for Integrated Mountain Development’s (ICIMOD) 30th anniversary, and the theme was chosen to coincide with the United Nation’s International Year of Water Cooperation 2013.

ICIMOD is a regional intergovernmental learning and knowledge sharing centre serving the eight regional member countries of the Hindu Kush Himalayas – Afghanistan, Bangladesh, Bhutan, China, India, Myanmar, Nepal, and Pakistan – and based in Kathmandu, Nepal. Globalization and climate change have an increasing influence on the stability of fragile mountain ecosystems and the livelihoods of mountain people. ICIMOD aims to assist mountain people to understand these changes, adapt to them, and make the most of new opportunities, while addressing upstream-downstream issues.

His photograph taken on a paddy field in Morigaon district of Assam has been able to fetch the honour. “Over a month and a half, contestants submitted around 3,000 photos related to three different categories: Uses or Benefits of Water and Related Resources, Hazards, Conflicts, or Issues related to Water (or Lack Thereof), and Good Practices in Water and Related Risk Management. The photos were judged by a panel consisting of two professional photographers from Nepal, Jagdish Tiwari and Ravi Sayami, and Aditi Mukherji, an expert on water-related issues and leader of the Water and Air Theme at ICIMOD,” ICIMOD office said. Cash prizes of USD 1,000, 800, and 600 will be awarded to the top three photos.

The others two awards were won by Muhammad Asad Salim of Pakistan and Uttam Babu Shrestha of Nepal. 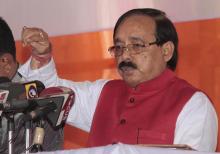 11 Jan 2015 - 9:12am | AT Political Bureau
Dissidence against Chief Minister Tarun Gogoi is likely to summarily stop if Sunday’s huge rally in Guwahati is any indication.Calling it a fence mending rally, party insiders told Assam Times that...