BJP's National spokesperson Tarun Vijay  addressed a press conference in Guwahati on Tuesday, where he said that the city of Guwahati and Shillong should be developed as a International knowledge hub of Science and Technology for East Asia and South East Asia. Vijay stated that the pool of talents of North Eastern states have not been given bigger platform nor infrastructure in sports and education by the Government for so long. As a result, there is huge drainage of talents to different parts of the country. Many young people due to lack of platform chooses the wrong path. "I want that all political party should come together leaving behind their political ideas for infrastructure development in the North East in the field of education for International Degrees in engineering, Technology, Hospitality and science and other spheres where students from the south East Asian countries can come for study", he said."It can be done, one can do it, it only needs will", he added. He also said that every North Eastern states should have an Olympic-standard sports complex to provide facilities and to excel training. "India must be proud of the reservoir of talents in the field of knowledge, intelligence and in brilliance" said Vijay. 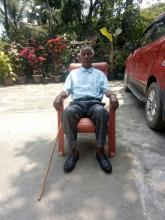 3 May 2018 - 10:20pm | Akshaya Pranab Kalita
Namrup: A pall of gloom descends in Namrup following the sudden demise of Tai expert and historian Kamaleswar Gogoi on Thursday. He is 77 and passed away at a private hospital in Dibrugarh at 8.20 in... 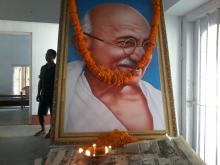 2 Oct 2015 - 12:29pm | Hantigiri Narzary
Kokrajhar also observed the birth anniversary of Mahandas Karamchand Gandhi along with the rest of the country on Friday. The main function took place at the Basic Training Centre Auditorium in the...

13 May 2012 - 12:30pm | Hamidul Gani
A powerful improvised explosive device (IED) was recovered by the Army on Saturday from Damra area bordering Assam-Meghalaya in Goalpara district. The IED, weighing around five kg. was recovered...